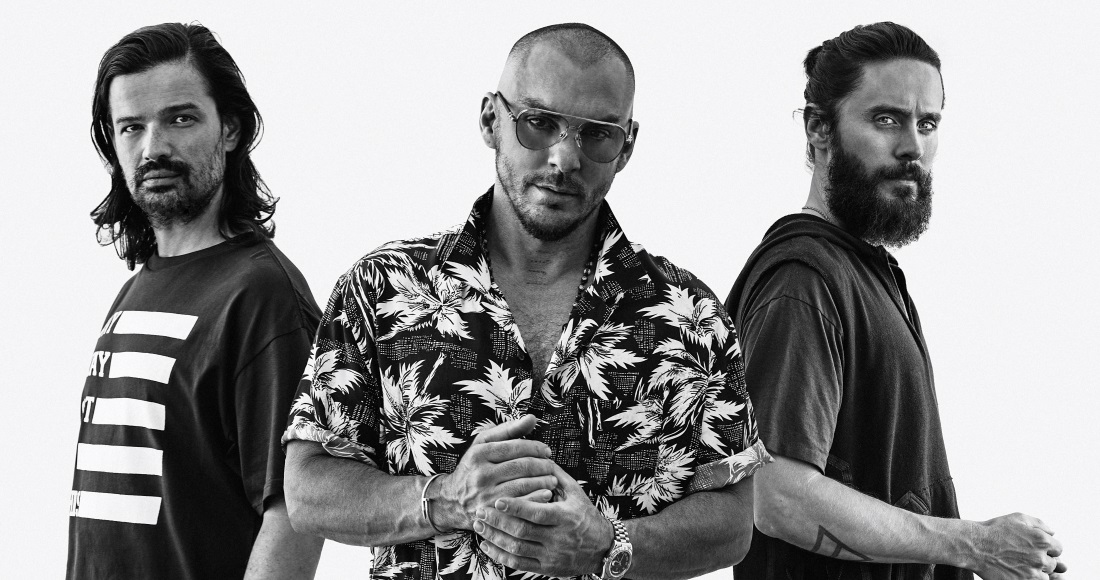 Thirty Seconds To Mars are back with a huge new single.

The rock group, lead by Suicide Squad actor Jared Leto, have released Walk On Water, the group's first single since 2013's City of Angels, the third song taken from their last album Love, Lust, Faith and Dreams, which peaked at Number 5 on the Official Albums Chart.

Walk On Water is a anthem call to action aimed at the United States. The patriotic track comes accompanied by an eye-opening lyric video, which captures the spectrum of life in modern day America. The video temporarily features Donald Trump, and features footage chosen from 10,000 submitted entries, all filmed on July 4.

View the full lyrics below, which include provocative lines such as "Look at the sky, see a dying star
white lies, it's a man on fire" and "Can you even see what you're fighting for? Bloodlust and a holy war."

(Do you believe?) Walk on water [Verse 1] Can you even see what you're fighting for? Bloodlust and a holy war Listen up, hear the patriots shout:…

30 SECONDS TO MARS Walk On Water by Directlyrics

The band's upcoming album has not been named, but the lyric video released today (August 22) states that the release is imminent. The album will be followed by a tour and a documentary film directed by Jared Leto.

Thirty Seconds To Mars have so far scored three UK Top 40 singles, including The Kill, From Yesterday and Kings and Queens. View their full chart history here.

Watch the lyric video for Walk On Water below: