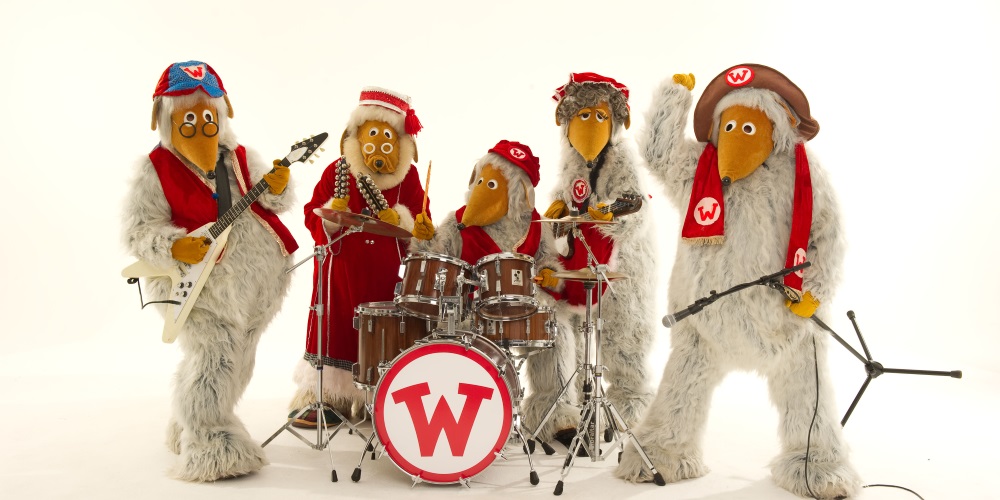 The Wombles, who are set to go head-to-head with the X Factor in the race for this year’s Official Christmas Number 1 single, have given an affectionate furry nod to the hit reality TV show in the video for their latest single.

In the clip for ‘Wombling Merry Christmas’, which you can watch below, Orinoco and friends have recruited lookalikes of Simon Cowell and Jedward for what they’re dubbing The W Factor.

“I don’t watch much television, - I leave that to the young Wombles – but I hear that the X Factor is jolly popular,” the band’s violinist, Great Uncle Bulgaria, told the Metro earlier this week. “However, W comes before X. let’s see what people think of The W Factor. It should appeal to the common people.”

This is not the first time ‘Wombling Merry Christmas’ has made a bid for the Christmas Number 1. The track originally charted at Number 2 in 1974. See their full Official Charts history here.

‘Wombling Merry Christmas’ is released on December 12. The Wombles’ new Best Of collection, ‘The Very Best Of The Wombles’, will proceed it on November 28.