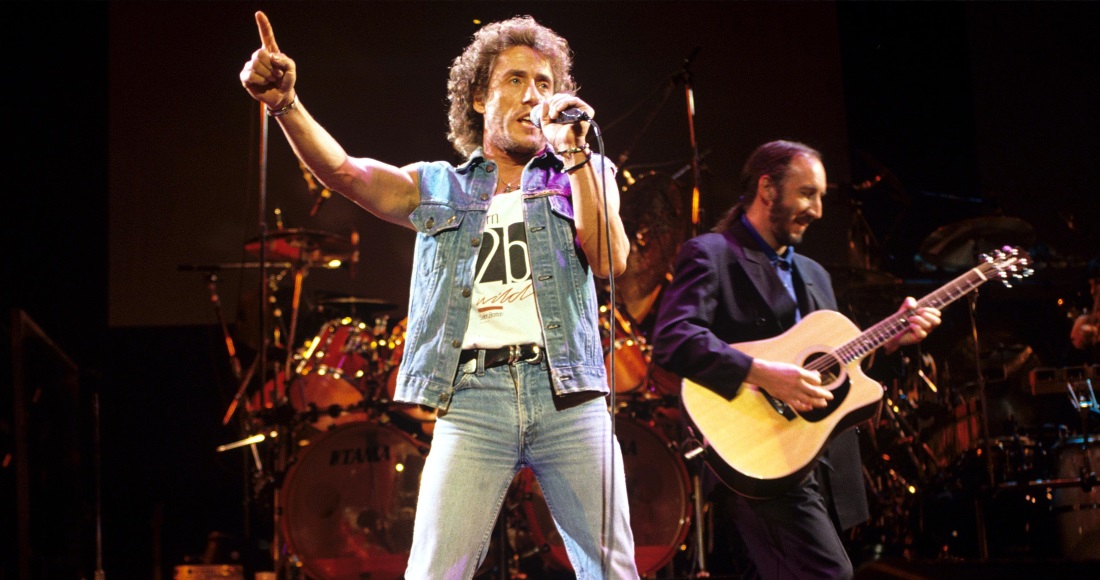 After over 50 years in the music business – and still going strong – Roger Daltrey is more than worthy of being honoured with this year's Music Industry Trusts Award.

The prestigious annual music award - now in its 25th year - recognises an act's outstanding contribution to the music and entertainment industry and many charitable causes. The award will be presented to Roger on Monday, November 7 at a gala ceremony in aid of Nordoff Robbins and the BRIT Trust.

It's been an illustrious, influential career for Roger, with the majority of his chart success coming as lead singer of The Who, with 25 Top 40 singles and 15 Top 10 albums, including one chart-topper, which celebrates its 45th anniversary this week.

MORE: Click here to check out The Who's full Official UK Chart history

To celebrate, we look back at some of The Who's biggest milestones and pop moments since they formed in 1964.

Although their first hit in the UK was I Can't Explain, the song that really caught people's attention – and became one of their signature songs – was the energetic, angry, stuttering My Generation. Smashing up guitars and capturing the mood of thousands of teens across the UK who were frankly sick of being told what to do by a load of old farts, The Who saw My Generation hit Number 2 in late 1965, kept off the top by the Seekers' The Carnival is Over. It also lent its name to their first hit album, which went Top 5. My Generation – along with I'm A Boy in 1966 – is as close as they'll get to Number 1 in the Official Singles Chart.

The Who Sell Out 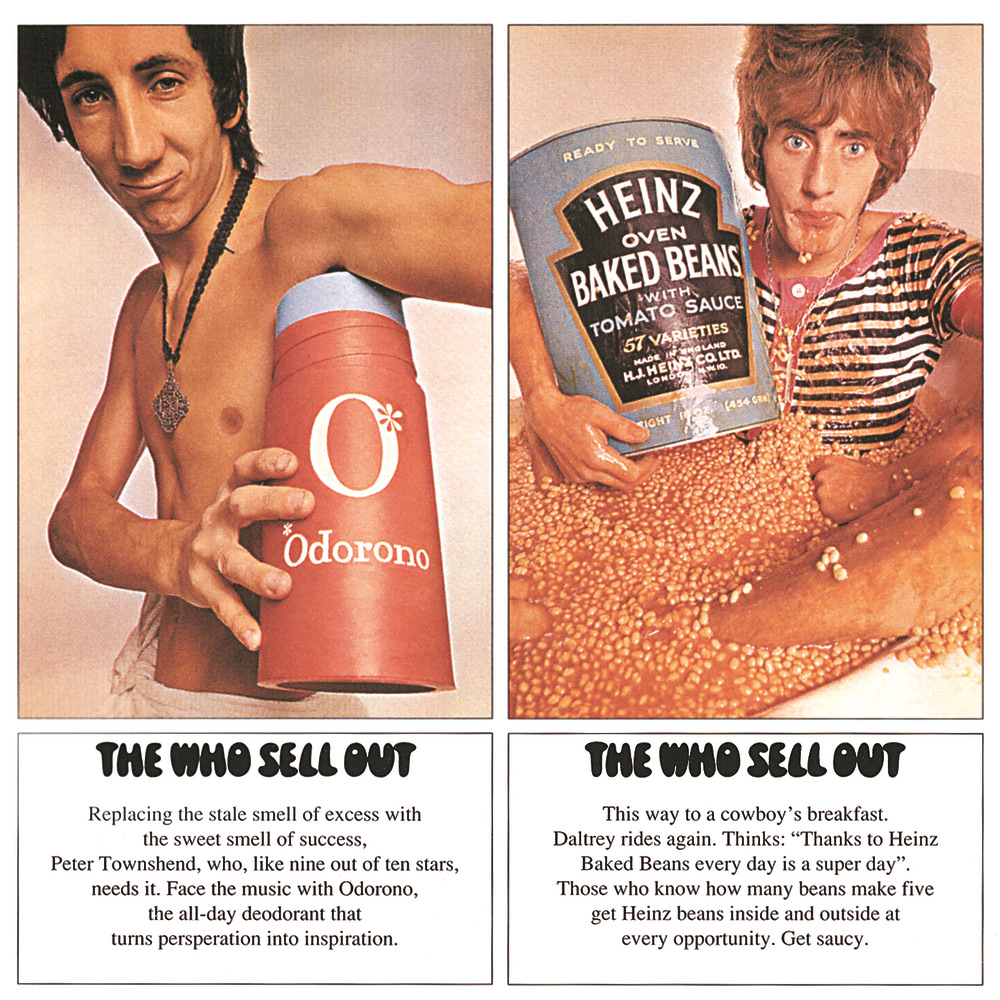 Still only a few years into their career, The Who released their third LP, a concept album based around pirate radio and featuring fake commercials and advertising jingles, plus, in a taste of what was to come, a mini rock opera.

Career-defining moments don't come much bigger than Tommy. The long-awaited (18 months was a long time to wait for albums to come out in the '60s) rock opera, led by iconic single Pinball Wizard, told the tale of "that deaf, dumb and blind kid" and became much more than just an album. Tommy was adapted into a movie, with an all-star cast, in 1975 and was turned into a Broadway musical in 1992.

Woodstock and Isle of Wight

The Who were quickly becoming a force to be reckoned with when it came to performing live, a reputation which would endure. The band performed at the legendary music festival Woodstock in 1969, but were less than impressed, saying it was the "worst concert" they ever played. An appearance at the Isle of Wight Festival the same year became one of their most talked-about live shows. They returned the following year and eventually came back to the festival in 2004. 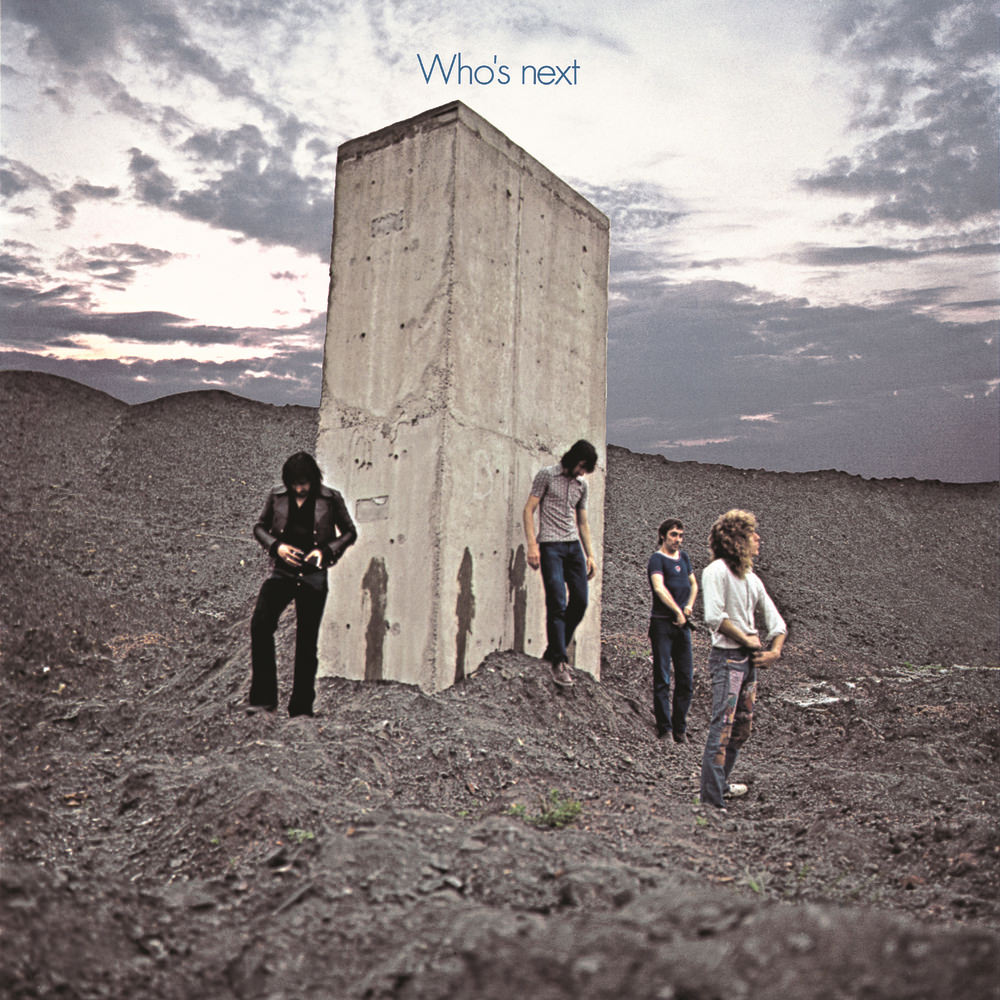 Despite a 50-year history, The who never scored a Number 1 single. 1971, however, did see them topping the Official Albums Chart with Who's Next, made up of re-recorded songs originally intended for a follow-up to Tommy, Lifehouse. 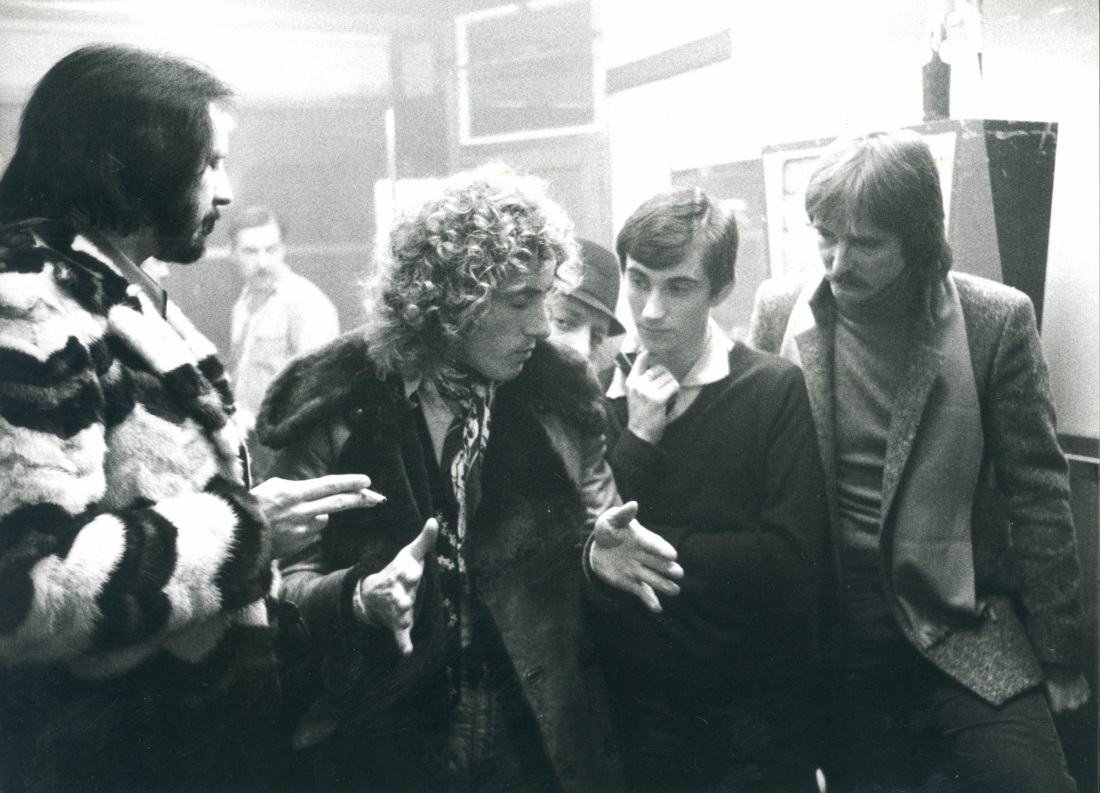 The Who in Quadrophenia 1979 (Frank Connor/Curbishley-Baird/REX/Shutterstock)

Hugely influential, and the band's second rock opera, Quadrophenia was the band's sixth album. Released in 1973, the record tells the tale of disillusioned mod Jimmy and fuelled a revival of '60s mod culture. In 1979 it was adapted into a hugely successful movie of the same name, which starred Phil Daniels (who'd go on to feature on Blur's Parklife) and Sting. The band performed the album in its entirety at the Royal Albert Hall in support of the Teenage Cancer Trust in 2010, with guests including Pearl Jam's Eddie Vedder and Kasabian's Tom Meighan.

Another signature song – despite only reaching Number 18 – this was also the name of the band's last album with legendary drummer Keith Moon, who sadly died just three weeks after the album's release. The title track could be heard once a week for 16 years when it was used as the theme tune for crime drama CSI. Roger Daltrey himself even starred in one episode.

Although the band carried on after Keith Moon's death, disagreements between the remaining members about the direction they should head in next meant, two albums later, that the band decided to go on a farewell tour in 1982. There wouldn't be another studio album from the band for 24 years.

Fans thought it was all over, but the first of many reunions kicked off with a special appearance at the game-changing charity concert Live Aid in 1985. In 1988, the band was honoured with a lifetime achievement at the BRIT Awards. A similar Grammy followed in 2001. 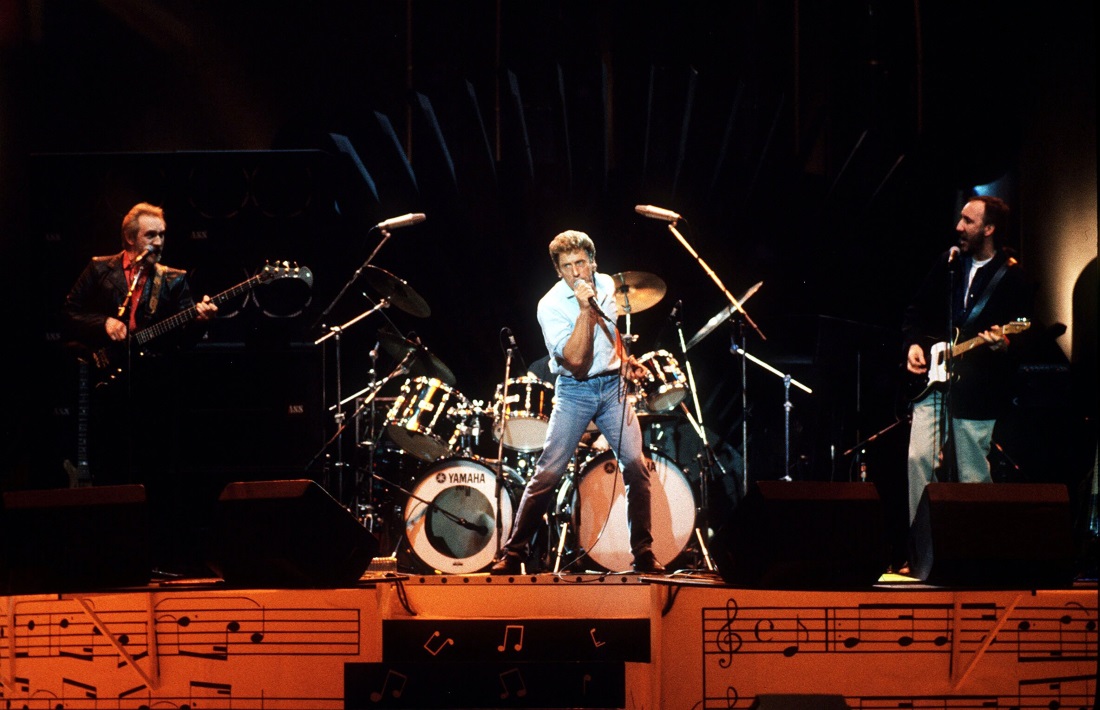 The Who performing at the 1988 Brit Awards (Rex)

Starting with an eleven-week stint in the US over the summer followed by ten dates in the UK in the autumn, the set list varied from show to show and included special guests such as Elton John, Phil Collins, and Billy Idol - and culminated in the band's induction into the Rock and Roll Hall of Fame in January 1990.

There was no doubt about it, The Who had been through a lot in their five decades of recording, touring and performing, so you couldn't blame for saying this tour would be their very last. Describing it as their "long goodbye", it certainly was – it started in November 2014 and ended in May 2016! 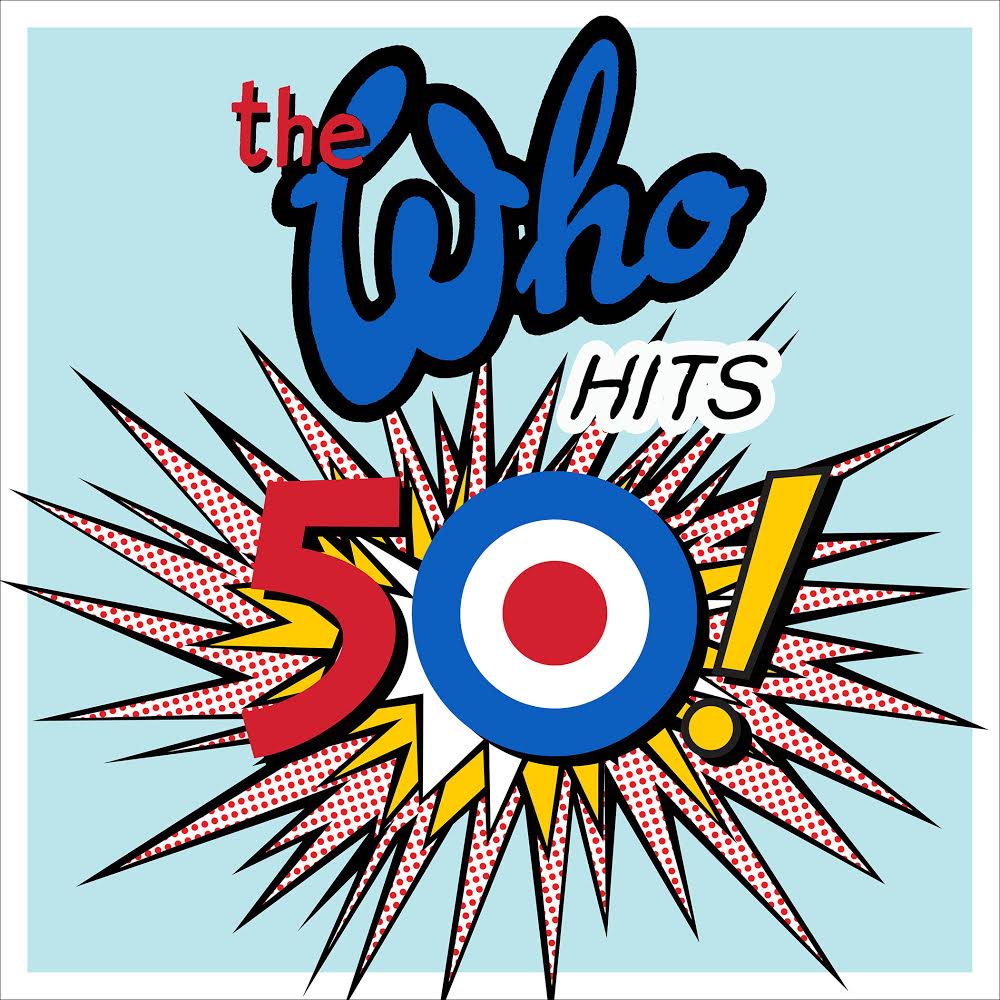 Described by Pete Townshend as a show of "hits, picks, mixes and misses", the band played all their classics as well as bringing back deeper cuts from their discography. An album including every single released by the band was put out to accompany the tour in November 2014, peaking at Number 11 on the Official Albums Chart.

Which are your favouite Who moments? Leave your comments below: