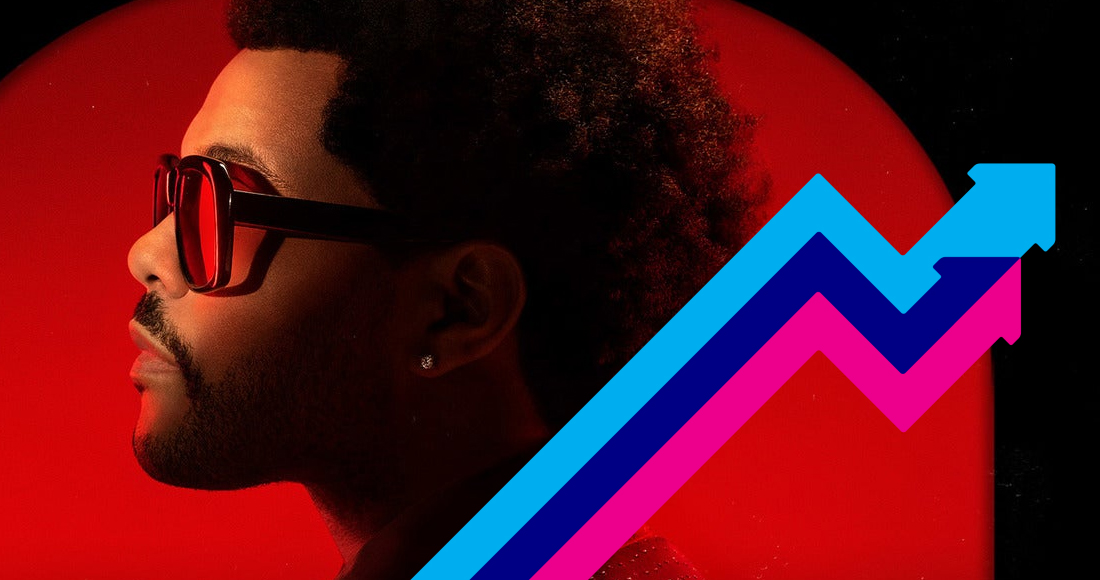 Save Your Tears by The Weeknd rises to Number 1 on the Official Trending Chart as it gears up to land at a new Official Singles Chart peak.

The track, from the singer's 2020 chart-topping album After Hours first entered the Official Chart in January, and has been steadily climbing since. This week it's expected to finish just outside the Top 10 at Number 11 - if it climbs any higher it will become The Weeknd's landmark tenth Top 10 single. To date, Save Your Tears has racked up nearly 22 million streams in the UK alone and 171,000 chart sales in total.

Brand new entries that have made this week's Trending Top 20 include Ella Henderson & Tom Grennan's Lets Go Home Together, (while Tom's most recent solo effort Little Bit Of Love is also on the up), and two Ariana Grande tracks from the new deluxe version of Positions, Test Drive and Worst Behaviour.

Digga D's Toxic, from his upcoming mixtape Made In The Pyrex (out 26 Feb), also debuts on the Top 20, and comes out ahead of a 1991 cover of T Rex's Cosmic Dancer by Morrissey & David Bowie - released on vinyl last Friday.