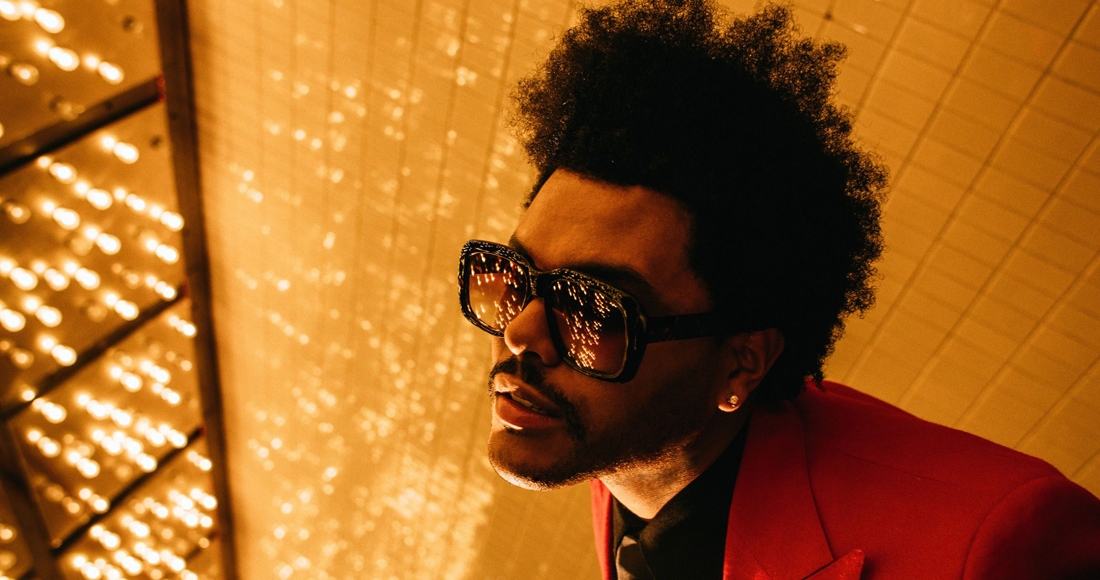 The Weeknd’s return is off to a strong start on this week's Official Singles Chart.

The Canadian singer-songwriter's two new tracks, Heartless and Blinding Lights, are set to land in this week’s Top 20, currently at Numbers 5 and 10 respectively on this week's Official Chart First Look, based on early sales and streaming data reports.

If both songs hold their position, The Weeknd's total of UK Top 10s will rise to eight. View The Weeknd's Official UK Chart history so far.

Tones and I’s Dance Monkey is still holding firm against the competition, still at Number 1 over closest competitor Before You Go by Lewis Capaldi (2).

Elsewhere, Pump It Up by Brighton producer Endor is on track to climb in to the Top 20, currently up four places to Number 17. The track is a remix of the 2004 dance track by Belgian artist Danzel, which reached Number 11.