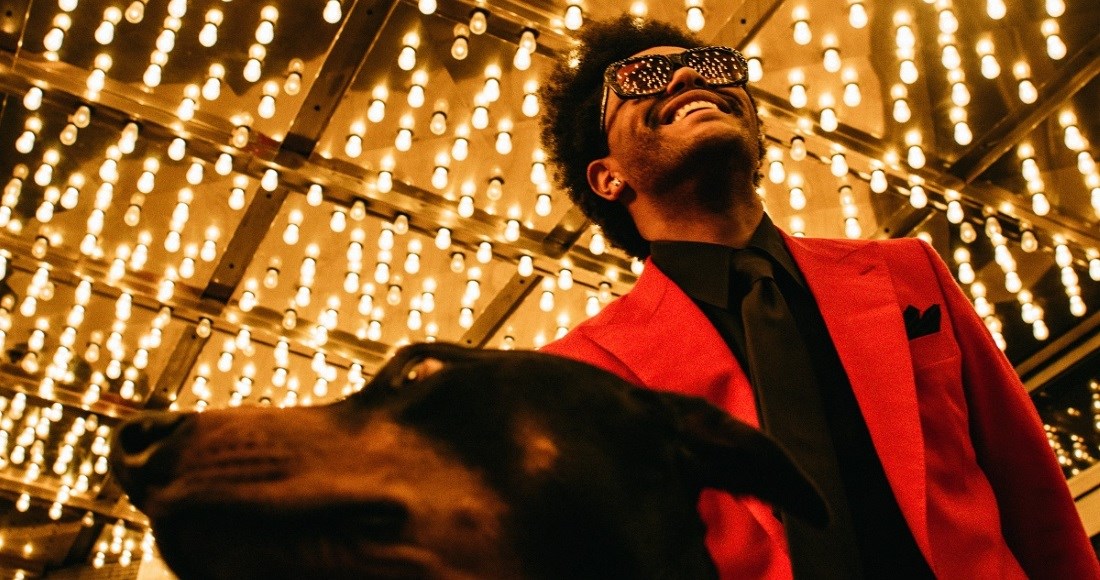 Fresh details have emerged about The Weeknd's upcoming album After Hours in a new interview.

Released this Friday (March 20), the Canadian superstar's fourth studio album features the UK Number 1 single Blinding Lights, Top 10 hit Heartless and the Number 20-peaking title track. The rest of the tracklist is yet to be confirmed aside from the unreleased song Scared To Live that he performed on SNL.

"This body of work is an era-defining moment," Louis Bloom, president of Island Records told Music Week. "This album firmly establishes The Weeknd as one of the world's biggest, constantly evolving and most interesting superstars. Abel's art has always been the zeitgeist musical moment of the year."

The interview revealed that a direct follow-up to the current Number 1 single Blinding Lights will feature on After Hours.

Island are aiming for The Weeknd - real name Abel Tesfaye - to bag a Number 1 on the Official Albums Chart with After Hours, a position he's not hit since October 2015 with Beauty Behind The Madness. 2016 studio album Starboy topped out at Number 5, while 2018 EP My Dear Melancholy peaked at Number 3.

"We're incredibly motivated to deliver that for him again," explained Guillermo Ramos, Island's VP of marketing. "We know that this is not just about songs, it's about the world of The Weeknd and his albums. The Weeknd has never been bigger than he is today."

The Weeknd has currently spent five non-consecutive weeks at Number 1 with Blinding Lights which is this week embroiled in an incredibly close battle for Number 1 with Roses by Saint Jhn.