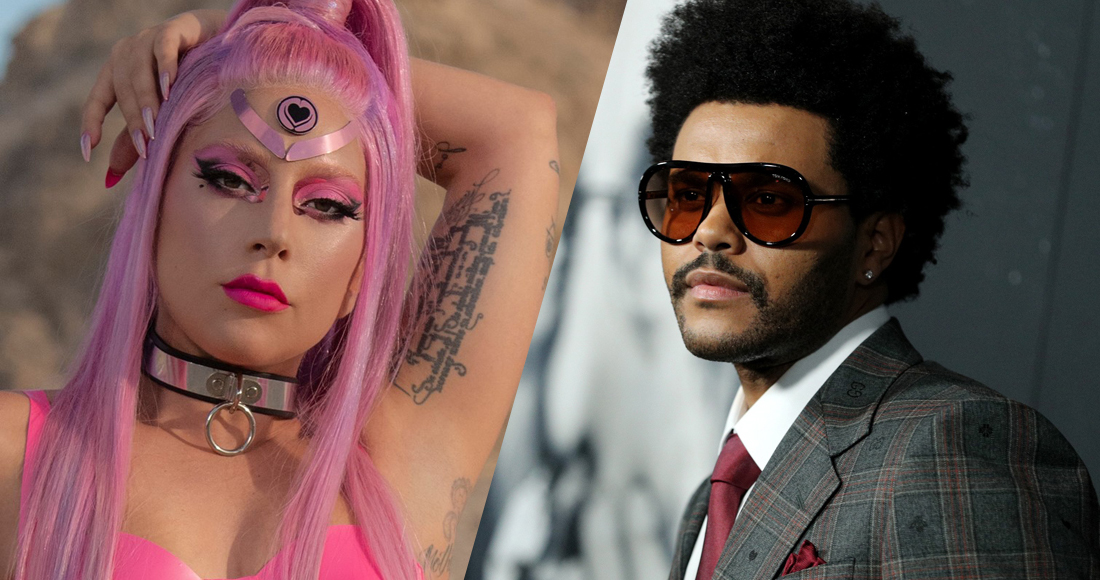 The Weeknd continues to shine bright at the top of the Official Singles Chart as Blinding Lights claims a fourth week at Number 1.

The ‘80s-inspired track, which trails his forthcoming album After Hours, notched up 64,000 chart sales – including seven million streams - this week to keep its place at the summit.

The Canadian star holds off competition from Saint Jhn’s Roses, which climbs two places to a new peak at Number 2. The song was first released in 2016 but has seen a huge leap up the Official Singles Chart over the last nine weeks thanks to a remix by producer Imanbek, which saw it gain popularity on TikTok.

US singer/rapper Doja Cat sees a huge boost for her breakout hit Say So this week, leaping nine places to Number 10 following the release of the song’s music video. Elsewhere in the Top 20, British singer-songwriter Becky Hill climbs seven spots to 16 with Better Off Without You ft. Shift K3y – a new peak for the track.

Further down, Falling by Harry Styles rises seven places to a new high at 22, Mabel’s new single Boyfriend debuts at 28, Moral Of The Story by singer-songwriter Ashe lifts nine places to 31, and Anne-Marie’s Birthday rebounds back into the Top 40 this week, up seven spots to 36.