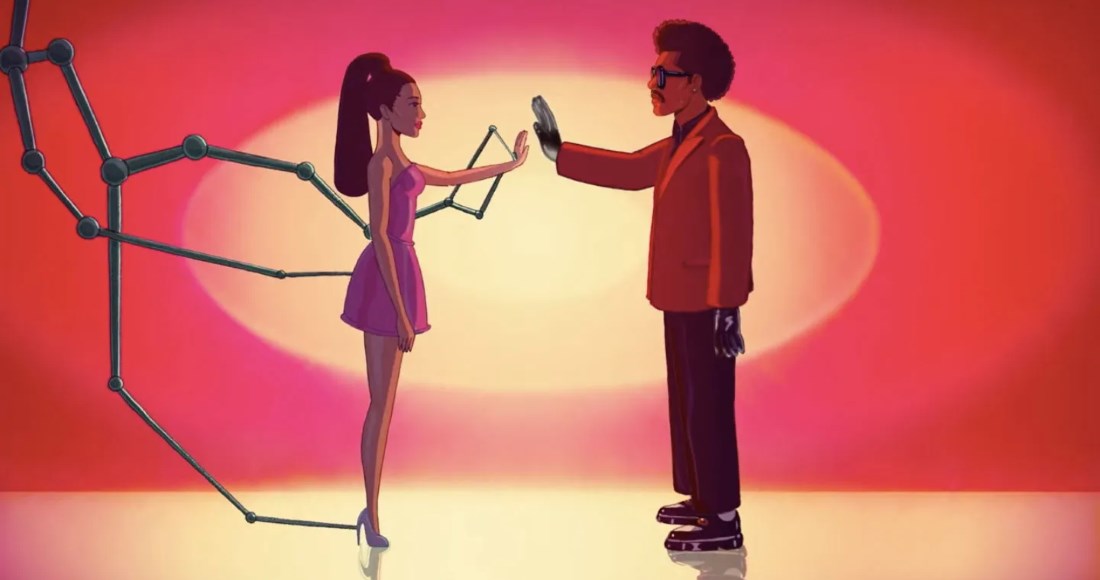 The Weeknd’s Save Your Tears remix featuring Ariana Grande makes a huge impact on this week’s Official Irish Singles Chart.

Previously peaking at Number 3 in early March, the new version of the track propels it from last week’s Number 11 to a new high of Number 2. Save Your Tears was also the most downloaded song of the week.

Ruling the Top 50 for the fifth week in a row is American rapper Lil Nas X with Montero (Call Me By Your Name), the most popular song on streaming services with the Irish public this past week.

Joel Corry, Raye and David Guetta’s BED bounces back to its peak of Number 3, while Doja Cat & SZA’s collaboration Kiss Me More continues to ascend the Top 10, up one place to Number 8.

Body by British rappers Tion Wayne and Russ Millions vaults nine positions to 13 off the back of its new remix featuring Bugzy Malone & Darkoo, while US popstar Ava Max collects her third Irish Top 20 single as My Head and My Heart climbs four rungs to 17.

Dance tracks Didn’t Know from British producer Tom Zanetti and Summer 91 (Looking Back) by American DJ Noizu are big new entries this week at Numbers 42 and 49.

Finally, You by Kosovan producer Regard, Australian singer-songwriter Troye Sivan and Canadian pop starlet Tate McRae slinks into the Top 50 at Number 50.