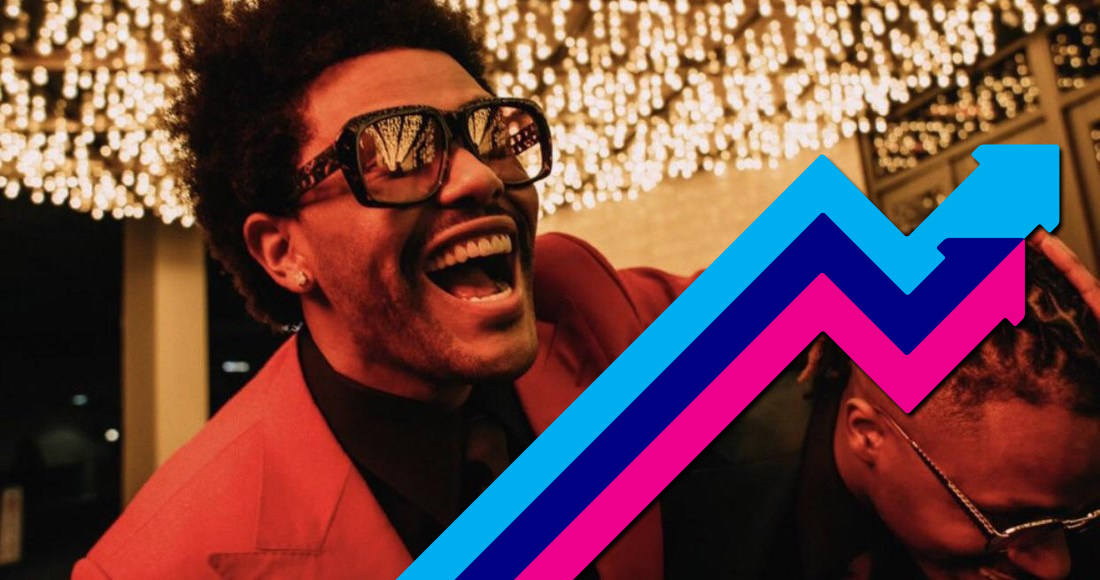 The Weeknd leads the UK's Official Trending Chart this week, taking the Top 2 slots with his duo of new tracks.

Released last Wednesday and Friday respectively, Heartless and Blinding Lights are Numbers 1 and 2 on the Official Trending Chart this week as music fans flock to stream and download the Canadian's latest tracks. The songs are both on track for Top 10 placements on the main Official Singles Chart.

The dual single is The Weeknd's first new music as a lead artist since 2018’s My Dear Melancholy EP. Earlier this year, he featured on SZA's Power is Power with Travis Scott from the soundtrack to Game of Thrones’ final season.

Ellie Goulding is on the rise this week with her latest track River. A cover of a festive Joni Mitchell song, the song is Amazon Music's Christmas exclusive for 2019. Charting outside the Top 40 on last week's Official Singles Chart, River is set for a climb of 35 places to Number 22, which should give Ellie her 23rd UK Top 40 single.

Last year's Amazon exclusive is also performing well this week. Katy Perry's Cozy Little Christmas appears at Number 15 on the trending tally now that is available on all streaming platforms. A music video for the song was released yesterday (December 2).

Other songs trending this week include the most downloaded track of the week so far Run by the contestants of The X Factor: Celebrity 2019, and several songs from Disney's Frozen 2 soundtrack performed by the likes of Idina Menzel, Aurora, Jonathan Groff and Evan Rachel Wood.