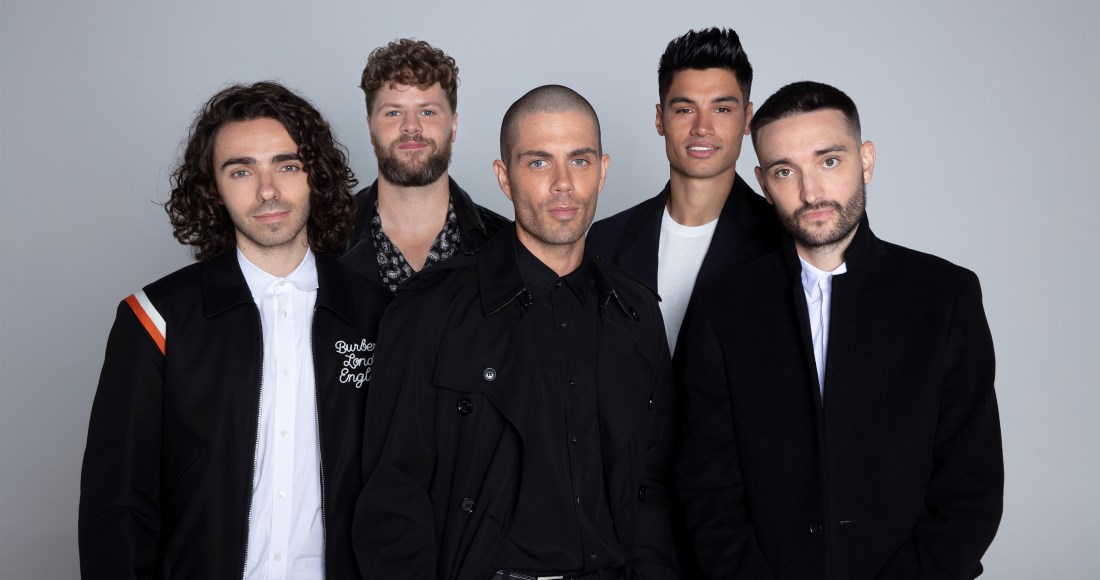 Cast your mind back to the early 2010s, when British boybands ruled the world.

Alongside One Direction, The Wanted were one of British pop's main exports during the birth of the new decade.

In their initial lifespan together, Max, Siva, Tom, Jay and Nathan achieved two Number 1 singles and 10 Top 10s. See The Wanted's full chart history, including every single and album and where it charted.

Last month, we also teamed up with The Wanted to launch the first-ever limited-edition Fan Number 1 Awards from the Official Charts Company.

Fans of The Wanted can now own a special personalised piece of pop history - a limited edition replica Official Chart Number 1 Award for their chart-topping hits, including the one where it all started - All Time Low - and the biggest smash of their career Glad You Came.

Pick your favourite track, customise it with your name (or the name of the devoted Wanted fan in your life!) each award comes in a presentation box and carries a unique serial number with only 500 copies available of each. The perfect festive gift.

INTERVIEW: The Wanted: "Our songs were probably bigger than we were"

Now reunited for greatest hits albums Most Wanted, which contains their first original material as a band in seven years, it's time to count down The Wanted Top 10 biggest-selling singles in the UK.

The biggest song by The Wanted on the Official Singles Chart will come as no surprise to fans. Their second and final Number 1 single Glad You Came is a manic burst of energy produced by future Ed Sheeran hitmaker Steve Mac. With its own expansive EDM drop, it feels very of its era in the best way possible.

It even gained the highest honour of any pop track of the 10s - being covered in an episode of Glee, which helped the track explode Stateside, peaking at Number 3.

According to Official Charts Company data - Glad You Came has shifted a total of 1.62 million chart sales. It's also The Wanted's most-streamed single in the UK - with 48 million audio streams and nearly 3 million video streams to its name.

In second place is the band's debut single All Time Low, which debuted at Number 1 on the Official Singles Chart all the way back in 2010, while the relentless Chasing The Sun from 2012 races up to third position. The ludicrously titled Walks Like Rihanna - which the group revealed to us is their least-favourite single - comes in fourth, while midtempo ballad Lightning from second album Warzone completes the Top 5.

All but one of the entries made it into the Official Singles Chart Top 10. The only one to miss the mark is the wistful Lose My Mind in eighth place, which reached a peak of Number 19 (you may remember the time the lads performed on The X Factor driving dodgems).

Elsewhere, the full Top 20 is also comprised of some fan favourite album tracks; like Could This Be Love (13 - the highest-peaking non-single), Glow In The Dark (17) and Say It On The Radio (20).

The Wanted's Top 20 biggest songs on the Official Charts