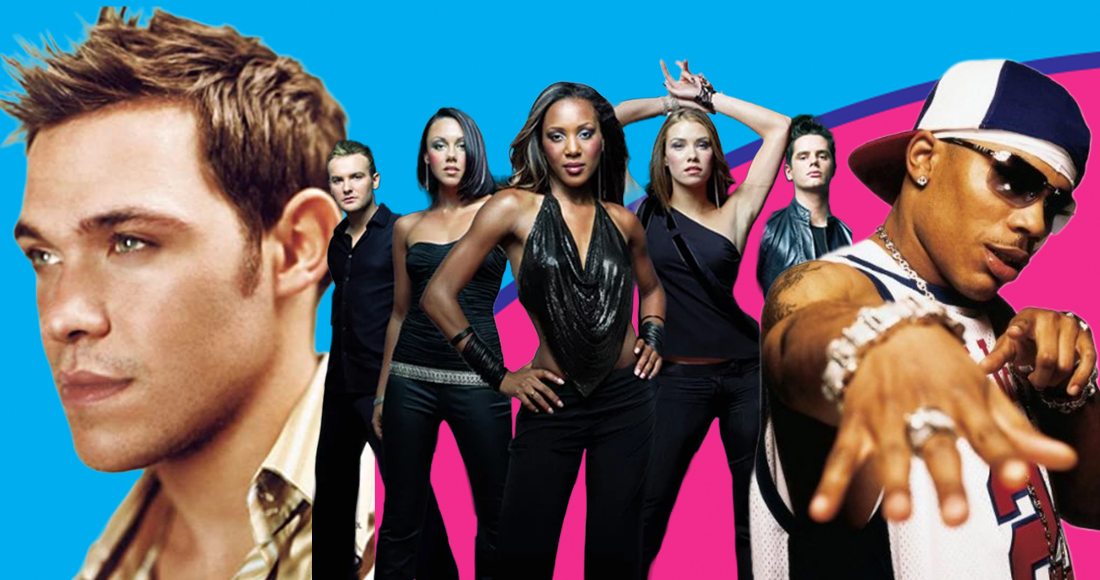 The sun is shining right now on what's proving to the hottest summer in the UK's history books, so we at Official Charts thought it was time to take things back to a slightly cooler time, and revisit the biggest songs in the UK over the summer of 2002.

And the biggest song of the summer two decades ago is eerily prescient, as we've just seen the release of a brand-new Elvis Presley biopic starring Austin Butler as the King of Rock'n'Roll, with a performance that is already starting to attract awards buzz.

And indeed, Elvis proved to be as popular in 2002 as he does in 2022; A Little Less Conversation, a hyped-up, funky remix of Elvis' 1968 hit was by and far the biggest on the UK charts at that moment in time. Containing remixed vocals from Elvis and produced by JXL (now known as Junkie XL), A Little Less Conversation was Number 1 on the Official Singles Chart for a total of four weeks.

Between the first week of June and the last week of August 2002, A Little Less Conversation logged an impressive 628,000 UK sales; more than any other song at that point in the year. Today, the track's total UK chart units stand at 1.2 million.

The UK's second-best selling summer single of 2002 was the (better than you actually remember) debut post-Pop Idol single of Gareth Gates, Anyone Of Us (A Stupid Mistake), whose narrative - Gareth begging a signification other to forgive his wandering eye - you sense would be less well-received in the modern day. The second of three consecutive Number 1 singles for Gareth, it clocked up a hearty 543,000 sales during the summer of 2002.

In third place we have German happy hardcore anarchists Scooter with The Logical Song, which originally peaked at Number 2 on the Official Singles Chart.

2002 was one of the first years that reality TV-made pop stars began impacting the charts, and the wider Top 10 reflects this; from original Pop Idol winner Will Young (4), to popular third-placer Darius (6) and Liberty X (7) who may have lost out on winning Pop Stars, but found a groove of their own with the irresistible Number 1 hit Just A Little.

While 2001's hottest songs of the summer saw a great influx of various genres from rock, dance and hip-hop, 2002 saw the British public fully embrace pop music in all its wild and weird colours.

We have the groovy electronica of Kylie Minogue's Love At First Sight (14), Sugababes ripping up the rules of pop with the Xenomania-written Round Round (15) and Atomic Kitten's ice-cool cover of The Tide Is High (Get The Feeling) (19).

Rock music still has skin in the game, however. British icons Oasis made an impact with one of their most popular tracks, Stop Crying Your Heart Out (12), while Red Hot Chili Peppers brought a Californication to the UK charts with By The Way (25).

Rounding out the Top 40, we have the queen herself, Beyoncé and the oft-forgotten Work It Out (40). Remember everyone, technically this was her debut solo single. Not Crazy In Love!