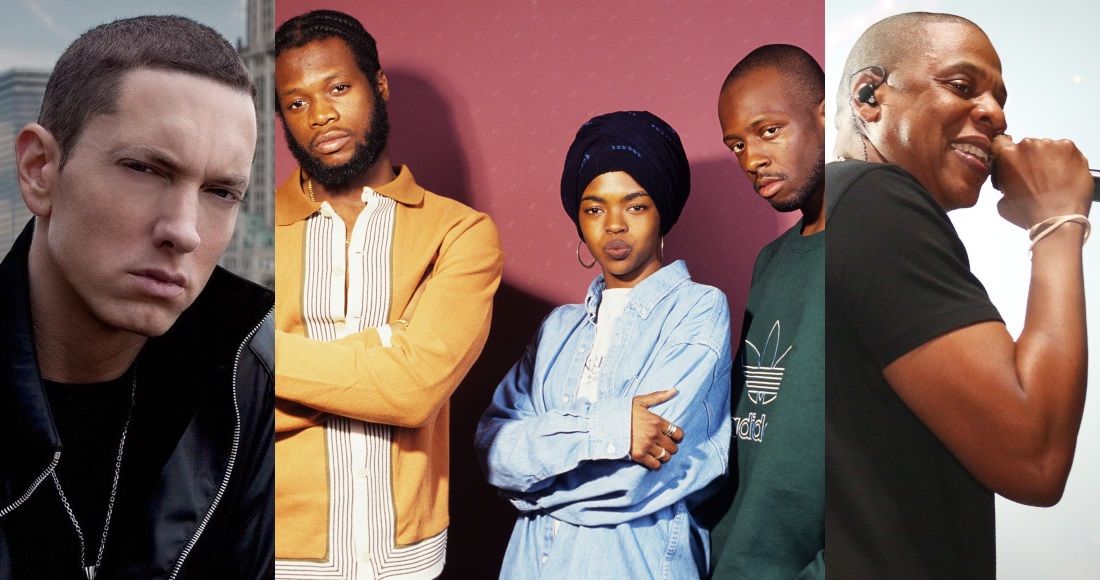 Since its founding in America in the 1970s, rap and hip-hop music has rarely strayed from the charts. With rap reigning supreme once again on this week's Official Albums Chart thanks to Post Malone's beerbongs & bentleys, we look back at the UK's biggest rap albums of the Millennium.

Unsurprisingly, Eminem dominates the list, with a mighty ten albums in the Top 40, including his work on the 8 Mile Original Soundtrack, and D12's album Devils Night.

Slim Shady is responsible for the biggest album in the Top 40, his third record The Marshall Mathers LP featuring the UK Number 1 singles The Real Slim Shady and Stan. With a combined total of 2.52m (2.46m sales and 58,000 streaming units), it is one of only two rap albums to shift over 2 million copies since the turn of the century.

The other? Eminem's Curtain Call: The Hits (2.07m). Check out Eminem's biggest songs on the Official Chart.

Elsewhere, Jay-Z, who has more Number 1 albums than any other soloist on the US charts, features four times in the rap Top 40. His best-selling work since 2000 is 2004's Collision Course, his collaborative album with Linkin Park at Number 31.

Rap's origins are in the America, but homegrown UK talent also appears in the all-time rap best-sellers. The Streets chart highest at Number 7 with their second album A Grand Don't Come For Free (1.18m), with their debut record Original Pirate Material in 17th place.

The UK's Official Top 40 biggest rap albums of the Millennium: