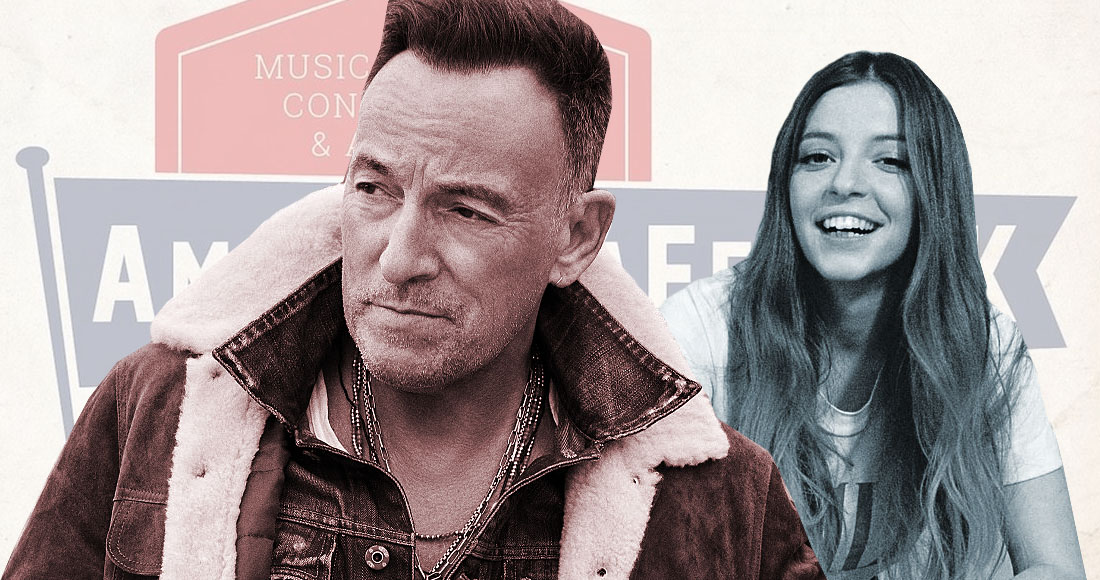 As the 5th annual UK Americana Awards kicks off tomorrow night in London, Bruce Springsteen’s Western Stars is revealed by the Official Charts Company as the UK’s biggest Americana album of the year, while Van Morrison lands the most popular home-grown Americana release of 2019.

Thursday January 30 sees the cream of the Americana scene gather in east London to celebrate the biggest night in the genre’s calendar – the UK Americana Awards 2020 – taking place this year at London’s Troxy. Tickets are available here.

In a newly unveiled list of the biggest Americana albums of 2019, Bruce “The Boss” Springsteen’s critically-acclaimed 19th studio album, Western Stars, seizes the top spot in style. The cinematic album influenced by Southern California pop music of the 1970s including artists such as Burt Bacharach and Glen Campbell, has enjoyed runaway success in the UK since its summer 2019 release.

Securing The Boss an 11th Number 1 on the Official Albums Chart back in June, plus a solid 30-week residency on the weekly Official Americana Chart, and now the accolade of the top-selling Americana album of the year by some distance - Western Stars outsells the rest of the Americana Top 10 list combined.

Elsewhere, Van Morrison’s Three Chords And The Truth claims the biggest home-grown Americana record of 2019, while 22 year-old Northumberland singer-songwriter Jade Bird’s self-titled album is the top female Americana release, and the genre's most streamed album by a UK act.

In an otherwise relatively tough year for physical album sales, the Americana genre outperformed the UK market in terms of vinyl growth. Almost 100,000 Americana albums were purchased on wax in 2019, an increase of 7% year on year, compared to the 4.1% increase of the UK vinyl market as a whole.

Elsewhere, the genre’s popularity in the streaming space continues to flourish too; Americana enjoyed a 13% increase in album streams in 2019 v 2018 – streaming now accounts for almost 1/3 of Americana album consumption in Britain (31%), up from 15% just two years ago.

Martin Talbot, CEO of the Official Charts Company says: “Official Charts has been proud to partner with the UK Americana industry over the past few years and helped encourage the scene to go from strength to strength. Western Stars deserves all the commercial success it has enjoyed this year, but we also look forward to crowning the UK’s best-selling home-grown Americana album at what is now an undisputed highlight of the UK’s music calendar – the UK Americana Awards.”

Americana music is defined as contemporary music that incorporates elements of various American roots music styles, including country, roots-rock, folk, bluegrass, R&B and blues. The genre is spotlighted with the weekly Official Americana Albums Chart (published every Friday at 5:45pm on OfficialCharts.com), compiled by the Official Charts Company in collaboration with the Americana Music Association UK (AMA UK). The chart, based on sales and streams provides a bespoke, UK-relevant twist featuring traditional Americana artists and contemporary acts whose work is influenced by Americana.