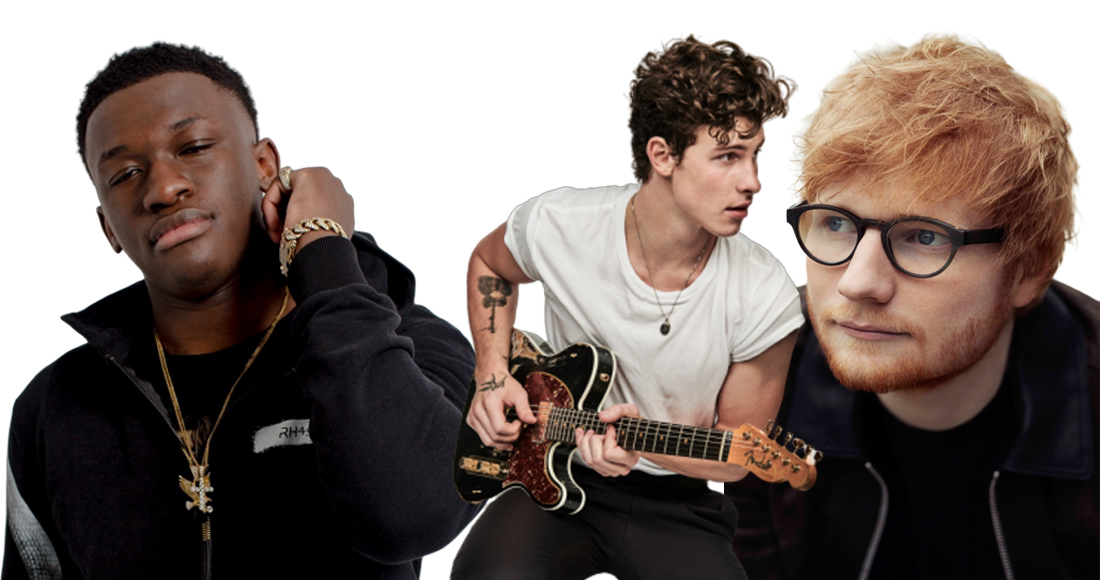 May was dominated by male artists on the Official Singles Chart, with the ten biggest tracks released this month all by men (that all looks set to change in the near future, judging by this week’s new releases).

The UK’s biggest track released this month is current Number 1, Ed Sheeran and Justin Bieber’s I Don’t Care (306,000 combined sales). Released on May 10, it charged straight in at the top of the Official Singles Chart, earning Ed his sixth and Justin his seventh UK chart-topper. The song’s green-screen extravaganza music video was released the following week, helping it stay at the summit for another two weeks so far.

The second biggest single of the month is Lewis Capaldi’s Hold Me While You Wait (199,000). Released two weeks before his debut album on May 3, the track debuted at Number 4 and has spent the entire month inside the Top 10. Another track from Lewis’s album, One, places sixth despite not appearing in the Official Singles Chart yet due to the three-track rule.

Elsewhere, it was a good month for British rap: Croydon MC Hardy Caprio is fourth with Digdat collaboration Guten Tag, South London duo Da Beatfreakz are seventh with their breakthrough hit with Motorola, Skepta and Nafe Smallz’s Greaze Mode is eighth, and North London’s Mostack is tenth with his latest track Wild.

Also featuring in the UK’s Top 10 biggest songs released in May is James Arthur, who earned his eleventh Top 40 this month with Falling Like The Stars.

The UK's biggest songs released in May 2019