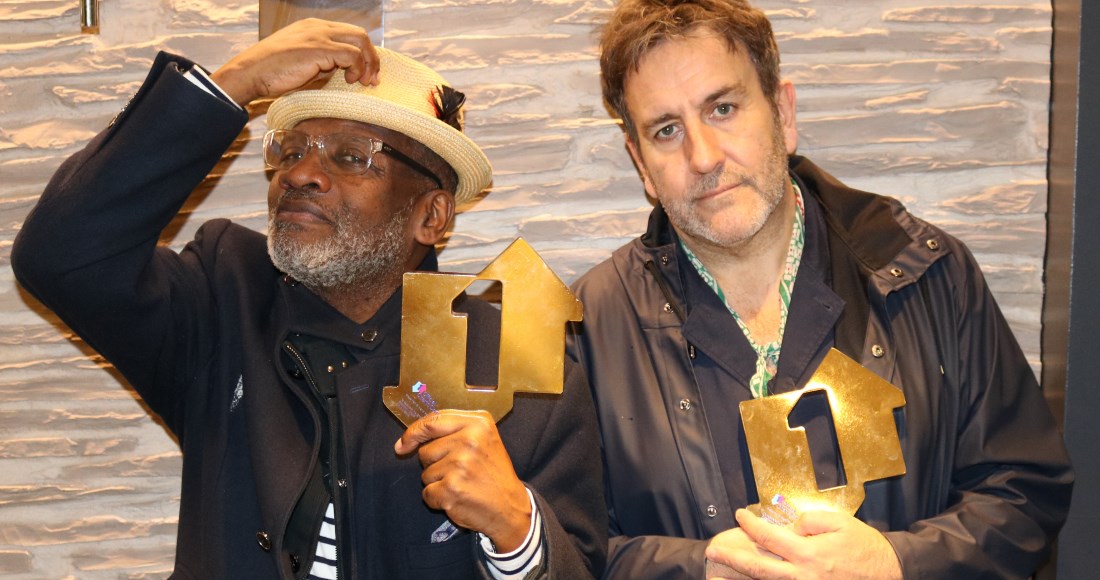 The Specials have won this week’s hectic race for Number 1 on the Official Albums Chart.

Following an intense week of in-store signings and promotion, the ska legends beat revived Noughties boyband Busted to the finishing line by just 1060 sales with Encore.

The Specials’ first album of new material in 37 years, Encore is their first ever UK Number 1 album, clocking up 89% physical sales and, coincidentally, it’s 39 years ago this week since their single Too Much Too Young topped the Official Singles Chart. Check out their full Official Charts history here.

Receiving the award, The Specials told OfficialCharts.com, “Recording the album has been one of the most amazing trips of our lives. What can we say? It couldn’t have been better timing. A real thanks to the fans who have stayed with us for all this time. We all share in this, thank you.” Watch the full video message below:

Busted are runners-up with Half Way There, their third album to reach Number 2 – 2002’s self-titled debut and 2003’s A Present For Everyone also just missed the top spot on the Official Albums Chart.

Billie Eilish lands a new peak at 12 with her Don’t Smile At Me EP, ahead of three more new entries from White Lies’ Five at Number 14, Dutch metal band Within Temptation’s Resist at 15, and the return of Nina Nesbitt, whose The Sun Will Come Up, The Seasons Will Change is new at Number 21.

Finally, Buddy Holly and the Royal Philharmonic Orchestra close out the Top 40 with True Love Ways; it vaults 30 positions to return to the Top 40 at Number 40 following the 60th anniversary of Holly’s death in 1959.