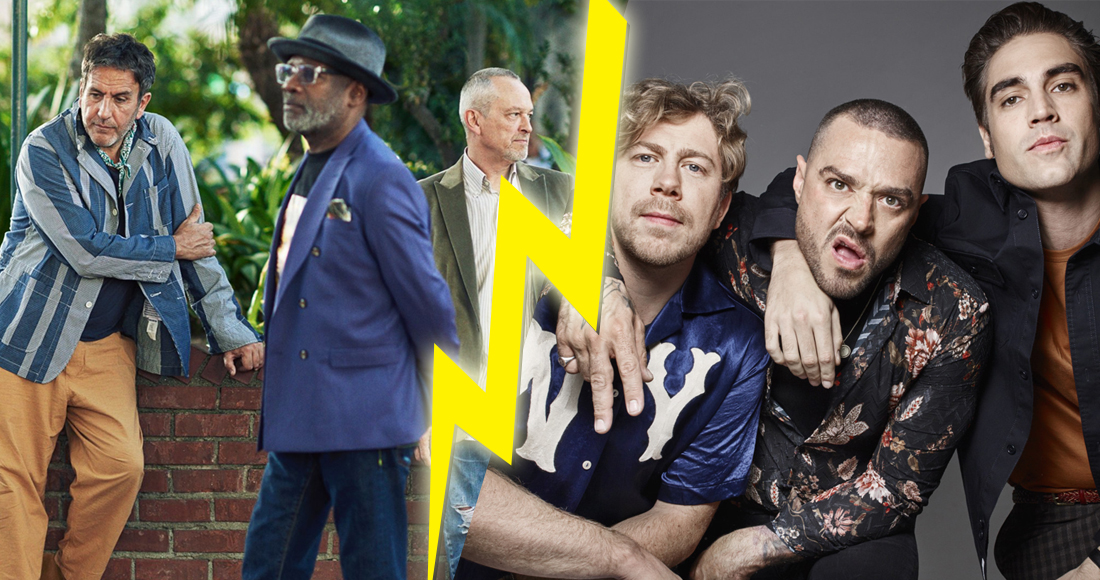 The race for Number 1 on this week's Official Albums Chart remains seriously close, with four records separated by just a handful of sales and streams.

As of today's sales flash (Feb. 6), Official Charts can reveal that The Specials' Encore, which occupied the Number 2 slot in Monday's Official Chart Update, have now edged ahead of midweek leaders Busted by just 689 combined sales.

A string of signings and live performances in indie record shops across the country has helped The Specials generate the most physical sales (CD and vinyl) so far this week.

Busted are currently at Number 2 with Half Way There, their fourth album that marks a return to their classic punk-pop sound. The trio have announced extra in-store signings in Nottingham and London this week to clinch extra support from fans. The group lead the way when it comes to digital downloads.

INTERVIEW: "This is the album we’ve always wanted to make": Busted talk new record Half Way There

If The Specials or Busted claim this week's Number 1, it will be their first UK chart-topper.

Stone Roses singer Ian Brown is also still in the running with his seventh solo album Ripples at Number 3, while chart juggernaut The Greatest Showman is at Number 4. Just over 2,000 combined sales currently separate the Top 4.

Find out who manages to bag the Number 1 spot on Friday here on OfficialCharts.com after 5pm and on BBC Radio 1's Official Chart show with Scott Mills, which kicks off at 4pm.