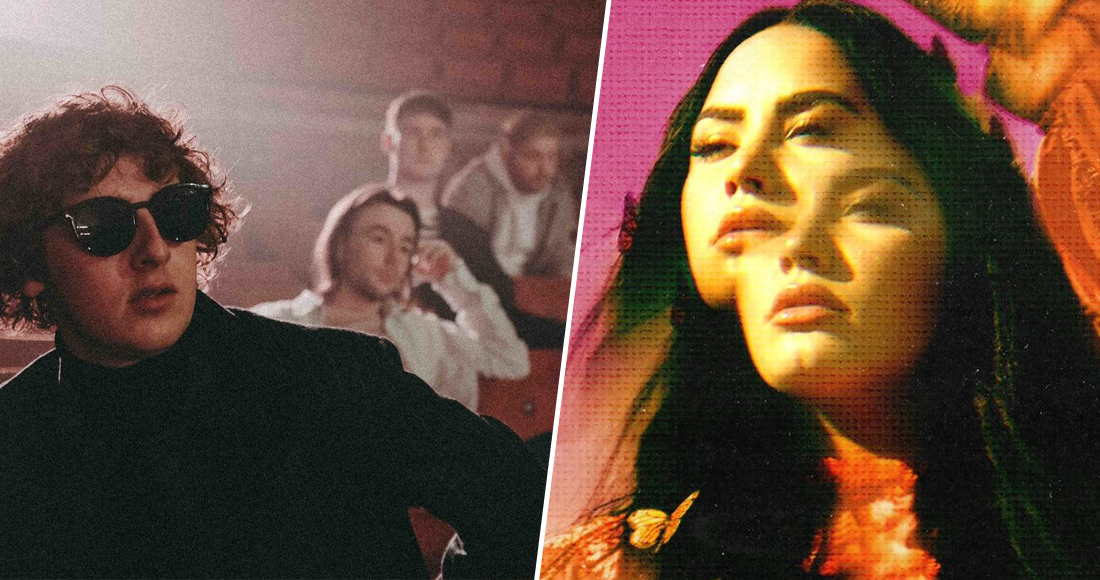 The Snuts' debut album W.L. is battling Demi Lovato's seventh studio record Dancing With The Devil... The Art of Starting Over for Number 1 on this week's Official Albums Chart.

On today (April 6)'s post-Bank Holiday Official Chart Update, the Scottish rising stars are leading the pack, racking up the most vinyl and download sales of the week so far.

Should The Snuts hold onto their lead, W.L. will become the first debut album by a Scottish band to top the Official Albums Chart in 14 years. The View were the last to do so in January 2007 with Hats Off to the Buskers.

The Snuts have taken to social media to drum up support for their album; their post features frontman Jack Cochrane photoshopped as William Wallace in Braveheart, with the band saying they are ready to "embark in the biggest fight of our lives."

This Friday the count is in with The Infamous Snuts in a showdown of the ages for the number 1 album spot.

Just 1,100 sales behind at Number 2 is US powerhouse vocalist Lovato, on track for her highest-charting album to date in the UK with Dancing With The Devil; her previous best was logged in 2019 with Tell Me You Love Me which peaked at Number 5.

Dancing With The Devil... has the most CD sales of the week so far, with four exclusive cover sleeve deluxe editions available exclusively in the UK.

The next in a series of David Bowie live albums, David Bowie at The Kit Kat Klub (Live New York 99), opens at 6, while The Fratellis' sixth album Half Drunk Under a Full Moon is at 7 - potentially the Scottish rockers' fourth Top 10 record.

The most-streamed new release of the week so far is Destined 2 Win by US rapper Lil Tjay, currently placed at Number 9.

Roxy Music's Bryan Ferry could claim his 22nd Top 40 album with Live at the Royal Albert Hall 2020 at 12, while Canadian rock group Godspeed You! Black Emperor are on track for a third Top 40 record with G_d's Pee at State's End!.

Finally, amid the UK's coronavirus vaccine rollout, The Vaccines' 2011 debut album What Did You Expect From The Vaccines? has been timely reissued on pink vinyl, and is in line for a Top 40 return at Number 33.