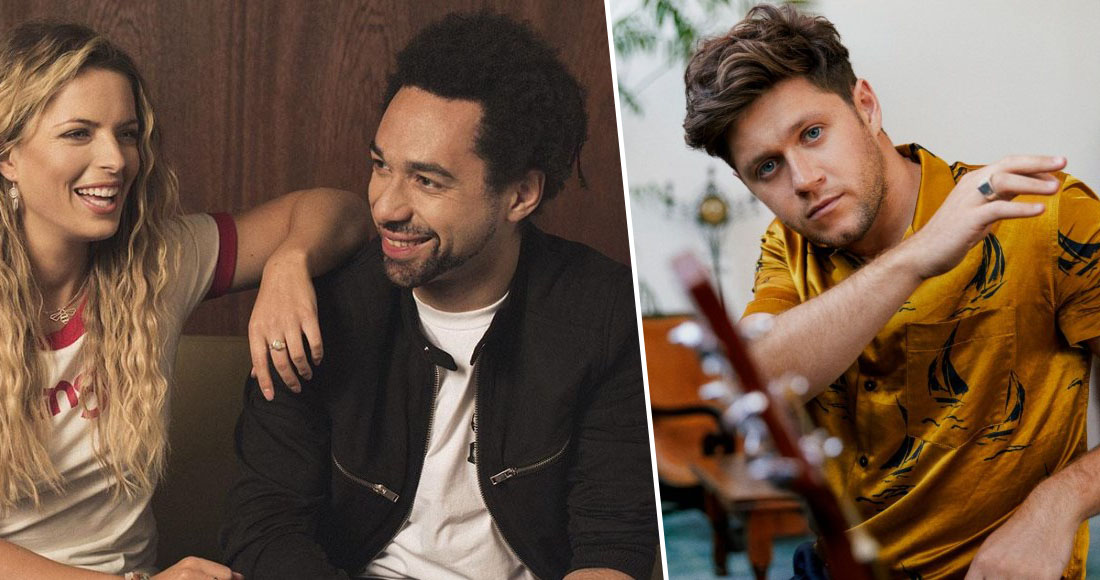 The Shires and Niall Horan are locked in an incredibly close race for Number 1 on this week’s Official Albums Chart, while a mammoth 14 new entries are vying for a place in the Top 40.

UK country music duo The Shires lead the way at the halfway point of the week with their fourth studio album Good Years, which scored the most CD and download sales over the weekend.

If Ben and Crissie keep up their momentum, Good Years will mark their first UK Number 1 album. The Shires have previously scored three Top 10 albums, with their second My Universe becoming the fastest-selling UK country album in history when it reached Number 3 in 2016.

MORE: The UK's biggest country albums and singles released in 2019

Just 55 chart sales behind The Shires is Niall Horan - the Irish singer-songwriter’s second studio album Heartbreak Weather is new at Number 2 midweek. The former One Direction star’s debut album Flicker peaked at Number 3 in the UK. Could Niall turn the tide and secure his first chart topper by Friday’s final standings?

Liverpudlian indie band Circa Waves are on course for their first Top 5 with fourth album Sad Happy at Number 4, while just behind at Number 6 is Stranger In Paradise, part unreleased studio session-part greatest hits from crooner Matt Monro, what could mark the late singer’s first Top 10 album in 15 years, since 2005’s The Ultimate.

Scottish indie four-piece The Snuts could make their first Top 10 appearance with their Mixtape EP, the weeks best-seller so far on vinyl (7), and the self-titled debut LP from Manchester’s The Lottery Winners could also secure a top flight entry (10).

MORE: Niall Horan interview: "Top of my bucket list? A Grammy, a sold-out tour and a Number 1 album"

Greatest Hits (2020 Versions) by Northern Irish metal band Therapy? could see them earn a fifth Top 40 album at 12, while The Boomtown Rats’ first album in 36 years Citizens of Boomtown is on track for the Top 20 at 15. Two positions behind at 17 is Texan rapper Don Toliver with his debut album Heaven or Hell.

Electronic musician Four Tet could earn his second Top 40 album with Sixteen Oceans at Number 22, while Irish trad group Clannad are at Number 28 with their farewell album In A Lifetime. There’s a re-entry on the cards too for Jack Savoretti’s chart-topping album Singing For Strangers at Number 36 following his appearance on James Martin's Saturday Morning.

Finally a trio of new entries could sneak into Friday’s final Top 40: Johnny Mathis retrospective Gold (37); Underneath, the fourth album from US punk band Code Orange (38); and A Written Testimony, the debut album from US producer and rapper Jay Electronica, 80% of which features uncredited vocals from Jay-Z (39).