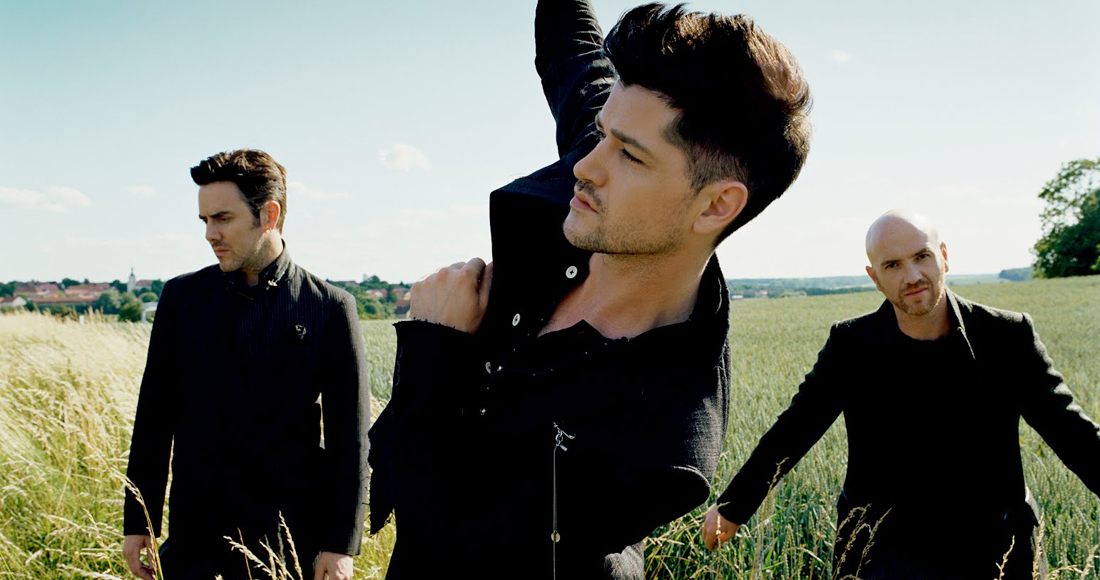 It’s all change at the top today as The Script leapfrog Amelia Lily to score the first Official Number 1 single of their career.

Though 17 year old X Factor 2011 finalist Amelia Lily was leading the singles race on Wednesday’s Official Chart Update with debut single You Bring Me Joy (Number 2), Dublin rockers The Script have since come from behind to overtake with Hall Of Fame, their collaboration with fellow The Voice judge Will.I.Am.

The Script end the week just under 9,000 copies ahead of the pack, Hall Of Fame gives Danny O’Donoghue and co their first Official Chart topper, their previous peak position being for 2008’s The Man Who Can’t Be Moved.  The band’s latest album #3 is also a new entry at Number 2 on the Official Albums Chart today, their third Top 5 studio album.

Congratulations to Amelia Lily on the week’s highest new entry for debut single You Bring Me Joy (Number 2), produced by Xenomania. Watch a video interview with the former X Factor star below:

p>Tulisa’s second solo outing, and the follow up to the chart-topping Young, Live It Up FT Tyga narrowly misses out on a Top 10 placing at Number 11, while Gerry & The Pacemakers’ classic You’ll Never Walk Alone is a re-entry at Number 12, having leapt 165 places since Friday as the result of an online campaign by Liverpool FC fans to raise awareness and commemmorate victims of the Hillsborough disaster.

David Guetta teams up again with Titanium-collaborator Sia, She Wolf (Falling To Pieces) is new in at 14, plus Play Hard FT Ne-Yo and Akon climbs 17 places since midweek to Number 22. Both tracks are taken from the new 2.0 edition of his 2011 album, Nothing But The Beat, which was released on Monday.

Mumford & Sons scoop the highest charting single of the career this week with I Will Wait (17), their previous highest being2009’s Little Lion Man which peaked at 24. I Will Wait is taken from the band’s hotly anticipated second album, Babel, set to be released later this month.

Elsewhere The Killers round off a busy week of live shows in London for Radio 1 and the iTunes Festival, as Runaways, the lead single from new album Battle Born, enters at Number 18 today.

Conor Maynard FT Ne-Yo’s Turn Around is the week’s highest climber, up 108 places to Number 38.

K-pop YouTube phenomenon Gangnam Style by Psy has climbed and climbed through the Top 200 over recent weeks and today breaks into the Top 40 at Number 37, up 24 places week on week.  With media coverage of the Korean star exploding globally, the track is more than likely to continue its ascent.

The Official Singles Chart Top 10 is as follows. Click here to see the Top 100 in full after 7pm.