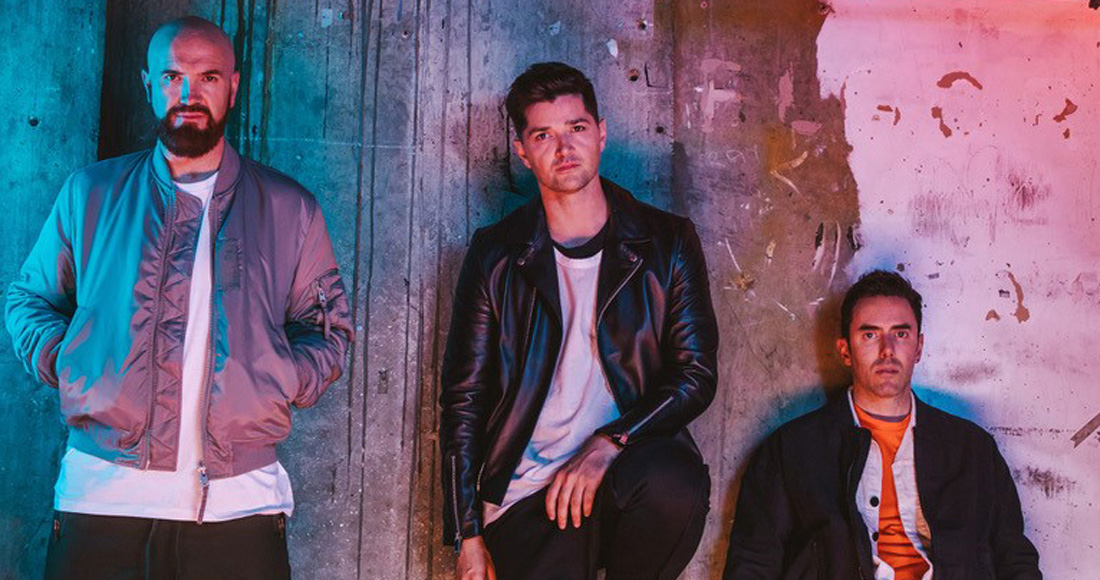 After two years out of the spotlight, this week sees the return of The Script.

The band's new single, Rain, which is out now and you can listen to below, is not only a serious contender for the most Irish 'summer' single ever, it marks a rare uptempo moment (well, just about) for a band who have previously stood firmly in rousing, lighter-waving pop-rock territory.

But Rain is just a one-off to catch our attention, right? After Official Charts caught up with Danny, Mark and Glen earlier this week, we're not so sure...

You’re back! Things have been very quiet on The Script front for the last two years. You can’t have been working on the next album the entire time, surely?

Danny: “Nah – we’ve been going hard out for ten years now. Four albums, five world tours… we needed some time off to chill. We did that for about a year, and then we spent the last year recording the fifth album. We started recording in the UK, then America, then back in the UK for the finishing touches.

“We’ve tried a few different things – we wanted to change the sound a bit. The songwriting is still the same, but we tried to update the production and bring it into 2017. We wanted to step things forward, as opposed to a small shuffle."

And the first single from it, Rain, is out today. You’ve come back to a very different music landscape; have you given much thought about how The Script are going to fit into it?

Danny: "Trying to fit in… I think a lot of musicians would turn around and say, if you’re trying to [fit in], you’ve got it wrong. Personally, I think they’re idiots. If you’re not using the tools in order for you to make a great record that sits on radio, you’re not doing your job. We’ve had the honour of having songs that have managed to get on the radio and be successful, but our sound needed to come up a bit.”

MORE: Check out and preview all of this week's new releases

Are you trying to tell us The Script have gone dance?

Mark: “They’re favouring EDM and electronic on radio, so how as a band, do we fit in? It really a case of adapt and change or die. Look at people like Royal Blood – they’re a great example of the change. They’ve made their heavy sound more edible on their new album. Even The Killers and Imagine Dragons.”

In the press release for Rain, you said it was the last song you made for the album. Did you have a last-minute panic about not having a good enough lead single?

Danny: “It wasn’t so much of a rush or that we looked back at the material for the album and thought, oh f**k, it’s all s**t. We have some really good tunes, but none that sounded like a ‘first’ single. This is a song you walk into the party with – we wanted to hook people in.

“I also think it’s the sort of song we need for our live set. It’s fun, and making people dance isn’t something The Script normally do. We’ve upped the tempo on everything this time around.”

Wouldn’t it have been easier just to team up with Martin Garrix or something?

Danny: "We’ve never done anything the easy way! We’re like the Manchester United of bands."

We're getting One Republic/Ed Sheeran when he's at his most pop vibes from Rain. Is that the sort of lane you were aiming for?

Danny: I'm a massive fan of Ed. I love his sound, and it's very Script-ish in a way. There's singing, a bit of rapping and he's a great storyteller... I think our first record was a great template for a lot of it, if you know what I mean. Talking about songs in that kind of format. It's great thing for us to be able to say that. We hear it in a few songs where we think, there's a bit of Script riff going on there."

Being a pop band in 2017 is a 24/7, round-the-clock affair. Snapchat, Insta stories, constant interaction with fans on Twitter, etc. After 10 years in the game, can you really be bothered with all that?

Danny: “Absolutely! This whole industry – music and the media - has turned on its arse. It’s very easy to get disheartened, but we’re still in the mix and ready to elbow people out the way to get our spot. We feel as relevant as ever and we’ve got the wind in our sails. Our time off has given us fresh love for the industry again.”

The Script's new single Rain is out now.