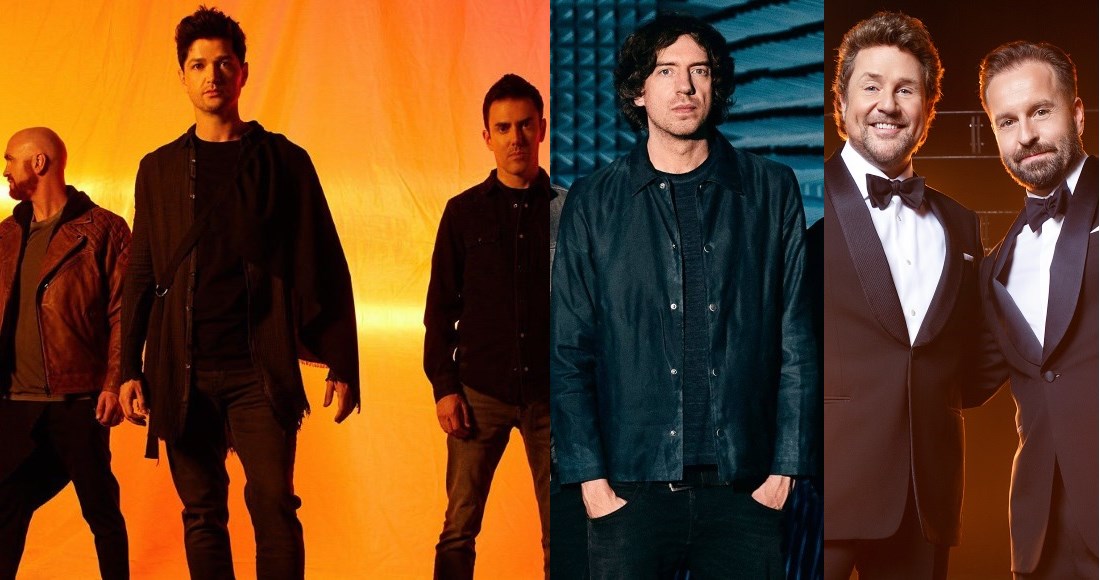 The Script are on course for their fifth UK Number 1 album this week.

Northern Irish/Scottish quintet Snow Patrol land at Number 2 with Reworked, a selection of reinterpreted versions of their greatest hits. If Reworked’s momentum holds, it will mark the groups’ seventh Top 3 album.

Following their two successive chart-topping albums as a duo, Michael Ball & Alfie Boe’s third effort Back Together is new at Number 3 at the midweek stage.

Released to digital and streaming services last month, Nick Cave & the Bad Seeds’ seventeenth studio album Ghosteen looks to re-enter the chart at Number 4. Reaching Number 16 in its debut week, the album is the best-seller on vinyl so far this week. Rounding out the Top 5 at Number 5 are Simply Red; Blue Eyed Soul is on the cusp of being their 14th Top 10 album.

A new deluxe edition release sees Tom Walker’s chart-topping debut album What A Time To Be Alive spike 60 places to 7, Last Christmas, the soundtrack to the movie of the same name featuring the music of George Michael & Wham lands at 8, and country singer Luke Combs is just outside the Top 10 at 11 with What You See Is What You Get.

FKA Twigs’ second album Magdalene could land her another Top 20 album (15), the Forever edition of Andrea Bocelli’s 2018 Number 1 album Si propels the record back into the Top 40 (16), Michael Bolton hits collection Gold is a new entry (26) and there’s a potential chart return for Beverley Knight with her silver anniversary album BK25 (33).

Michael Buble’s album Christmas is eyeing a Top 40 return for the ninth time at Number 34, ahead of prospective new entries Past Tense: The Best Of from Sparks at Number 35, and a 45th anniversary reissue of Gene Clark’s No Other at Number 39.