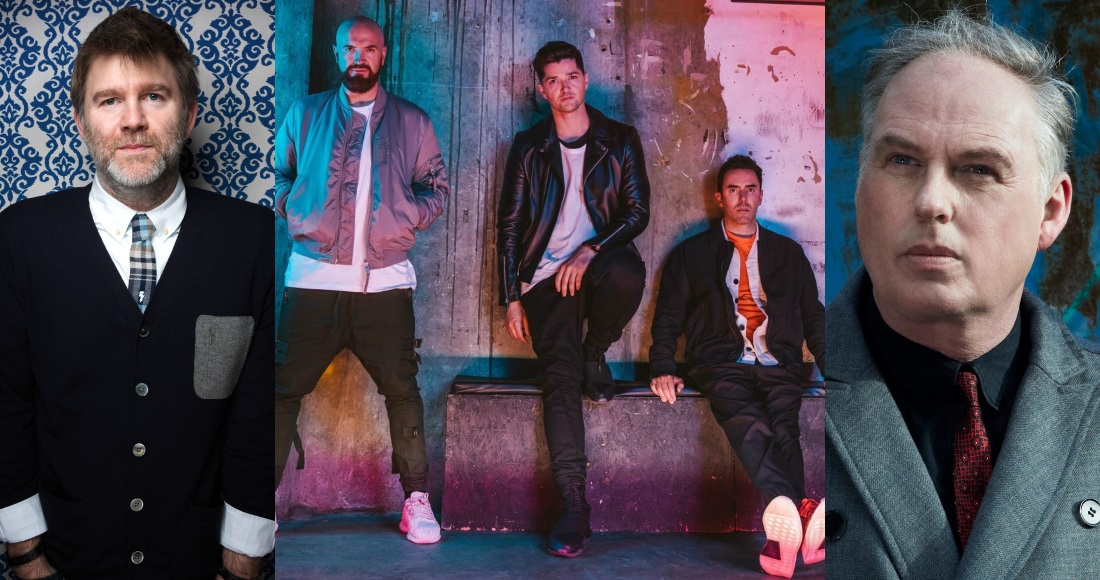 We could have an all-new Top 3 on the Official Albums Chart this week as bands from Ireland, the United States and the UK are battling it out.

Irish pop-rock trio The Script are leading the way on today’s Official Chart Update with their fifth studio album Freedom Child. Currently outperforming their closest rivals by over two copies to one, The Script would earn their fourth UK Number 1 album.

LCD Soundsystem are on for a personal best on chart with American Dream, their first record for seven years at Number 2 midweek, while electronic duo OMD - or Orchestral Mavouevres in the Dark - could net their first Top 3 album since 1991 with The Punishment of Luxury (3).

Elsewhere in the Top 5, Ed Sheeran’s ÷ is down two places at the midway stage of the week to Number 4, and Scottish rock group Mogwai are charging towards a personal best with Every Country’s Sun at Number 5.

Starsailor’s first LP in eight years All This Life could become their highest charting since 2005 at Number 11, Northern Irish electronic duo Bicep are on course for a debut placing of Number 14 with their self-titled collection, while Steve Winwood’s Greatest Hits Live is at 17, and The Verve’s Urban Hymns is a re-entry currently at Number 19 following a vinyl reissue.

Yorkshire doom metal quintet Paradise Lost could secure their highest placing since 1997 with their 15th studio album Medusa at Number 22, while T-Rex’s Remixes (25) and Walter Trout’s We’re All In This Together (26) are also eyeing up Top 30 placings.

Trails and Tribulations from Martin Simpson is new at Number 31, with Beau Dermott’s Brave is another potential new entry at Number 35. Finally, fresh from a performance on The Jonathan Ross Show on Saturday night, Harry Styles’ self-titled solo debut could return to the Top 40 at Number 32.