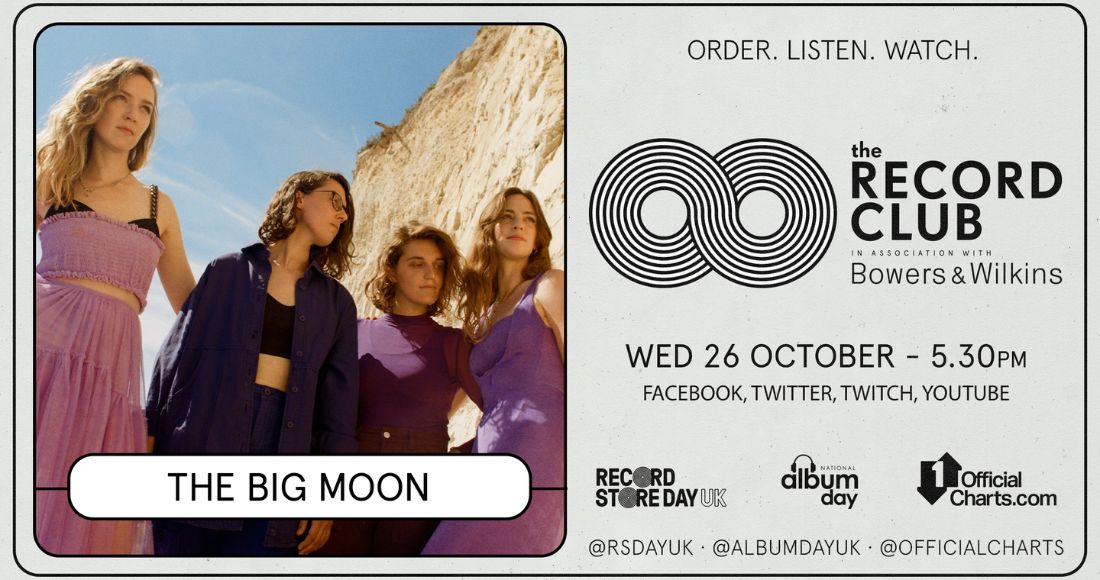 Last week, English indie-rock outfit The Big Moon had the biggest success of their career so far when their third album, Here Is Everything, entered the Official Albums Chart at Number 9.

It became the first-ever UK Top 10 album for the all-female group, comprised of Juliette Jackson, Soph Nathan, Celia Archer and Fern Ford. The cover of the album memorably finds frontwoman Juliette posing heavily-pregnant, having given birth to a son in between the recording and the release of the record, which was originally due for release last year.

Set your alarms for this Wednesday, October 26, when The Big Moon will be joining The Record Club to discuss Here Is Everything and its success at 5:30pm on the new episode of The Record Club.

Fans are also encouraged to submit their own questions live on-stream in the chat boxes as we'll be putting the best ones to them live - and one lucky fan whose question is asked will win a pair of Bowers & Wilkins headphones.