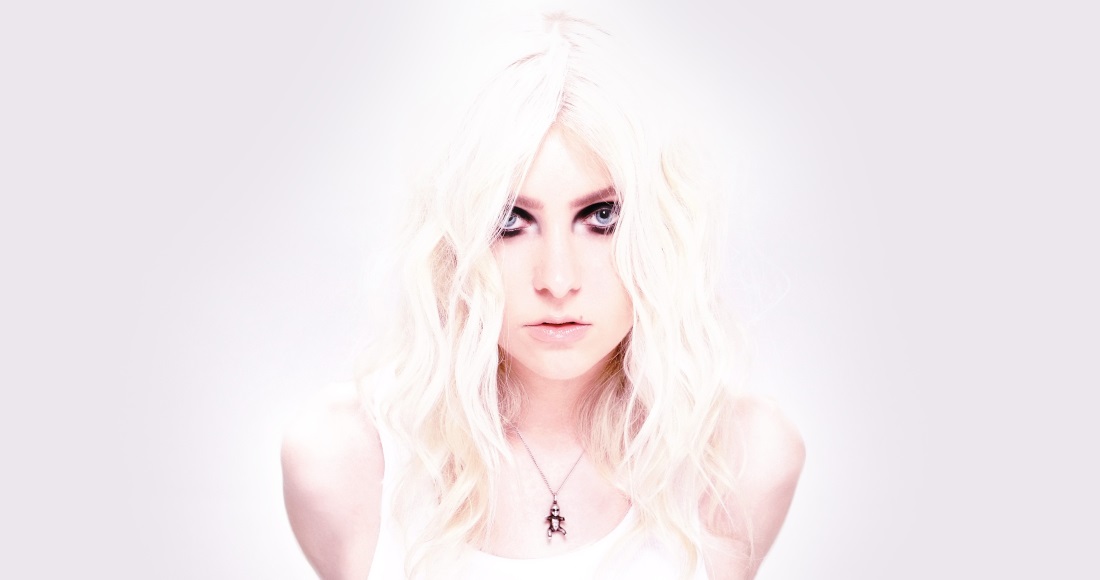 The Pretty Reckless have enjoyed considerable commercial success than most hard rock bands, a streak that looks like it will extend with their new, third studio album.

Out this week, Who You Selling For has produced the band's most diverse sound to date. With two Top 10 albums already under their belts - Light Me Up and Going to Hell - the Taylor Momsen-fronted group are well on their way to notching up a third hit record on the Official Albums Chart.

We sat down with Taylor, Ben, Mark and Jamie to ask all about their evolving sound, appealing to the masses as well as their hardened rock fans, and throwing preconceptions to the side.

Who You Selling For is out now; what have you been able to say on this album that you haven't had a chance to on your others?

Ben: "It said all those things that we didn't say between the last record and this one! It says what we have learned between the two records as people. We've grown as artists and people. Taylor has grown, she's not a teenager anymore."

Ben: "Well speak for yourself!"

Taylor: "I think it's the natural growth of the band. The natural progression of our sound. You can hear that in the songs themselves. It's also posed a question that others haven't, obviously with the title."

You have mentioned previously that Who You Selling For is the band's most diverse album. Will the record take fans to places they’ve not been too before?

Taylor: "Hopefully, that was a goal for us. The songs just dictate how they are going to sound. I don't like to use the word production, as there really is no 'production' on this record, it's just an organic experience. It's just a band playing in a room. There's no previous conception."

Ben: "It took us places that we've never been to before ourselves. There is no conception that 'we need to have a song that sounds like this'. You write a song like Wild City and Wild City dictates what Wild City is going to sound like."

Taylor: "Literally, we were walking down a street in New York City, Rivington, and that's where the start of Wild City happened. Listening to the sounds of New York and being inspired by the city."

Ben: "The concept is that we're not trying - we're trying not to try."

With that in mind, does that explain why Who You Selling For features some of the longest tracks you have ever released like The Devil’s Back?

Ben: "We have a preliminary try, which is not to try, and so when something ends up being seven minutes long like The Devil's Back, with something like an instrumental, it's very natural."

Taylor: "The Devil's Back is actually a really good example of how the studio process went. The Devil's Back was going to be a two-minute song and then we had all these musicians and we were just playing and then Andy the keyboard player just said 'this is awesome, keep going' and so we just kept playing. Therefore, now it's a seven-minute song that has this kinda jam to it. The whole song is literally one take. There was no chopping and putting and piecing together."

Taylor, you've talked about the album being a healing experience after living quite an isolated life on the road. What is it like balancing doing what you love with a grueling touring schedule?

Mark: "We're in an interesting position as musicians traveling the world to see things that a lot of people don't get to see. We get a better perspective on the world which informs how we live, how we think and how we treat music."

Taylor: "We get to see the world, but it is through a window as well! Your eyes become very narrow. Narrow, but then expanded. It's kind of a juxtaposition, you get both."

Ben: "It's very dark but very light. And then very dry but very wet."

If you had to pinpoint one main reason why you’re addicted to music and continue within the industry, what is it that keeps you hooked?

Ben: "My hands right now feel empty without my guitar. I won't call it a drug... I'll call it a fantastic drug."

This week your album has big competition from the likes of Lady Gaga and Sia. Are you competitive when it comes to chart success?

Taylor: "I legitimately don't even know what you're talking about. I don't mean that as an insult to any of those artists but it's just something we don't even think about. We just compete with ourselves."

Ben: "Any of those artists you mentioned as well as most will be the exact same. They're self-competing. As much as they might hear it and be inundated with that kind of thing, they will mostly compete with themselves. And that's how they will grow."

Both of your previous albums Light Me Up and Going to Hell have hit the Top 10 on the UK’s Official Albums Chart. Does the chart play a part as a measuring stick for success?

Taylor: "I would say that there are multiple answers to that, but I wouldn't say chart positions are how we judge how we're doing. Success is self-success to us. There are multiple stages of success. The first is that when you finish writing a song, you sit back and think 'this is a good f**king song'. That's success, and you feel really good and want to do it again!"

Ben: "Success is creating something that you enjoy. The next stage of success if that you can pay your rent with it."

You guys have enjoyed big mainstream success which doesn’t happen too often. What has made The Pretty Reckless so unique do you think and able to stand out from the crowd?

Ben: "I'll start with songs and I'll end with Taylor."

Taylor: "Honestly, I don't know. We're surprised to be here and surprised when people react to us. We're surprised our music gets released and that we're able to record it. Anytime we get to do anything, we're amazed by it. We're surprised we can press play on the console, let alone be invited into the building to play something! [laughs]

"Anytime that our music connects with someone, it is an honour and a compliment to us that we've created something made for ourselves that somehow has connected to someone across the world. That's insane."

The Pretty Reckless' third studio album Who You Selling For is released on October 21.