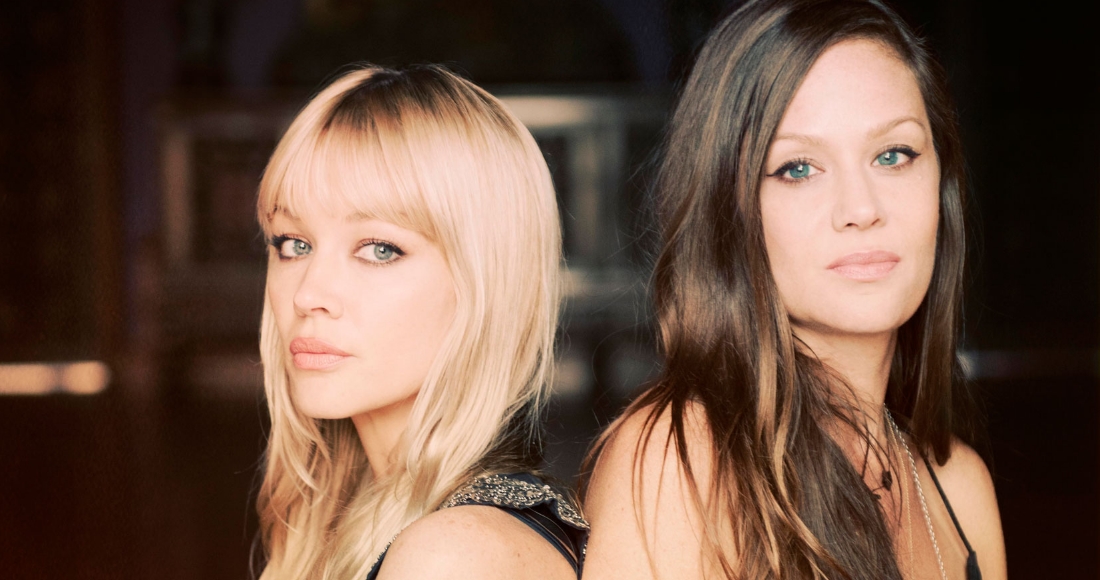 After scoring their first Official Albums Chart Top 5 back in 2011 with fourth studio album You &, The Pierces are back with new offering Creation.

Sisters Catherine and Allison draw inspiration from some '80s greats including our very own Kate Bush who this weekend broke a new chart record becoming the first female in UK chart history to score eight simultaneous Top 40 albums.

We sat down with younger sister Catherine to chat Creation, Kate Bush and keeping it in the family…

Hi Catherine! Creation has been dubbed your happiest and most euphoric sounding album yet, is that a reflection of how you guys are feeling at the moment?

"Yeh we are feeling happy. A lot of our older songs are about heartache or relationships gone wrong and I think we’ve changed a lot as people and we’ve grown and that’s reflected a lot in the music."

It’s quite a psychedelic pop sounding album, were there any particular artists that inspired it?

We love a bit of Kate Bush! Have you managed to catch her Before The Dawn stage show?

"I think we may have just scored some tickets! Hopefully we’ll get to see her - that would be incredible!"

You guys did really well with your last album (You & I peaked at Number 4 on the Official Singles Chart), are you hoping to chart even higher this time?

"That would be amazing, yeah! That’s what you hope for - fingers crossed people will go out and get it!"

Are there any downsides to working with your sister or do you find you are more on the same level?

"A little bit of both! It can be amazing and it can be really really hard. I think overall it’s pushed us to be better people – there’s always that healthy competition between sisters and I think that’s driven us to go further artistically and just even as people. When you know someone that well you challenge each other in good ways but sometimes it’s hard and you’re like 'Oh my god I want to be in a band by myself!'"

And there’s another family connection - your fiance (Christian 'Leggy' Langdon) has produced the album?

"Yeah that’s true- keepin’ it in the family!"

You and Allison have spoken before about branching out and doing solo projects in the future, is that still on the cards?

"Well right now we’re focusing on the release of [Creation], but I think we both will do stuff separately eventually. There’s just some stuff that you want to say and you don’t want to say it with your sister right there, you know? Allison keeps saying she wants to do something a little folkier and I think I’d want to do something a little more experimental. I think we’d try to make it sound different just to keep it interesting!"

You guys used to live in London; do you think that the UK music scene is different to America?

"Yeah, I think it’s really different. I think it’s better and worse to both extremes. I feel like I hear better music on the radio here and I hear horrible music on the same station- its bizarre! I’ll hear some really cool amazing song that I never would have heard in America and then I’ll hear some really bizarre dance song that I absolutely hate. There’s definitely more of a variety- but that’s cool, people are more open to different things and you get exposed to different kinds of music."

Are there any new acts that you guys are listening too or would love to collaborate with?

"There’s a band called the Ruen Brothers, they’re working with my fiance (Christian Langdon) and Rick Ruben too and I think they’re really incredible. The singer sounds like Roy Orbison, he has the most beautiful voice. I’d like to do something with them one day."

Creation is out now.