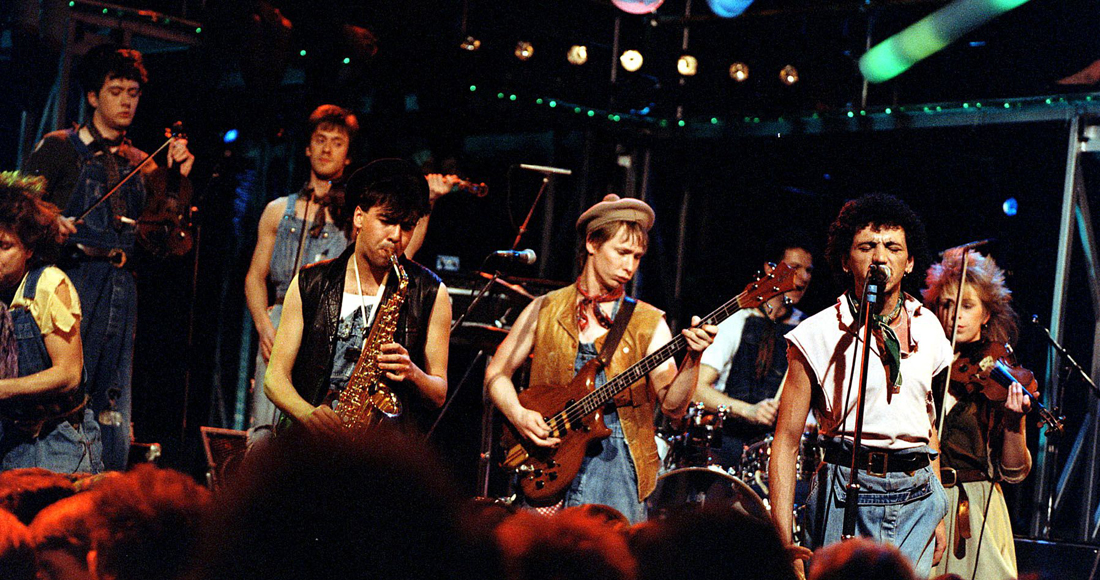 1982 saw the Official Singles Chart celebrate its 500th Number 1, claimed by A Little Peace by Nicole Seibert, the winning song on the Eurovision Song Contest, which that year was held in Harrogate.

The song spent two weeks at Number 1 and ranks 38th on the year-end chart, with just over 518,000 estimated sales, according to Official Charts Company data.

As revealed on new Channel 5 series Britain's favourite 80s songs, The biggest song of 1982 was Come On Eileen by Dexy's Midnight Runners and the Emerald Express, with an estimated 1.21 million sales, according to Official Charts Company data. The song spent four weeks at Number 1 and was the British pop band's second chart-topper following Geno in 1980.

Eileen also bagged Dexy's Brit Award for Best British Single in 1983, while the single went on to top the charts in a further seven countries, including America.

In second place is Irene Cara's Fame, with an estimated 1.1 million UK sales. The theme of the hit film spent three weeks at the summit, released to coincide with the adapted TV series, which launched in 1982 following Oscar-winning success for the movie, in which Irene played the role of Coco Hernandez.

Another song made popular from a film, Survivor's Eye Of The Tiger from Rocky III, ranks third with 956,000 sales, while a cover of The Lion Sleeps Tonight by pop group Tight Fit, a three-week Number 1, is fourth on 901,000. Tight Fit make a second appearance in the chart with Top 5 hit Fantasy Island at 42.

Closing out the Top 5 is Culture Club's Do You Really Want To Hurt Me?. The new wave band's breakout hit and first Number 1 spent three weeks at the summit and sold 882,440 copies that year.

Other big hitters in 1982 that rank among the Top 10 best-sellers that year include Pass the Dutchie, a three-week chart-topper by British-Jamaican reggae band Musical Youth (6), Paul McCartney and Stevie Wonder's Ebony And Ivory (9), and The Jam's third Number 1 single, double A-side Town Called Malice/Precious (10).