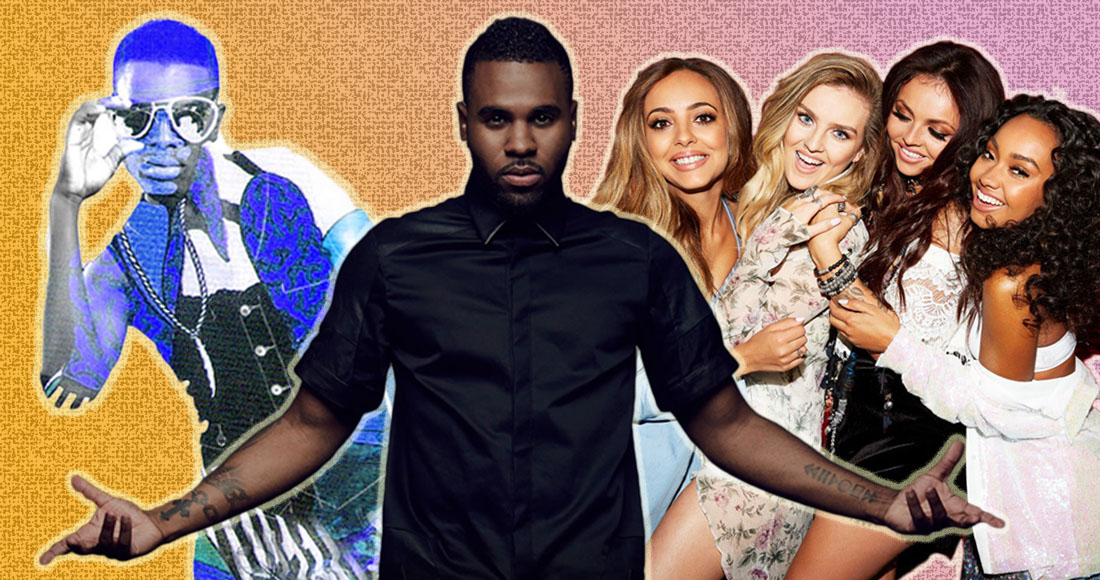 As the (very British) summer months draw to a close, we at OfficialCharts.com have revealed today (September 2) the Official Biggest Songs of Summer 2015.

Jason Derulo’s Want To Want Me takes the crown as the biggest selling track this summer, notching up sales of 391,000 between June 1 and August 31.

“Shout out to the UK for making Want To Want Me the song of the summer,” Jason told us. “When I made this song I knew it was special, but these type of accolades reinforce that and keep me hungry for more great moments to come.”

Want To Want Me became Jason’s fourth leader on the Official Chart back in June this year, spending four weeks in pole position. The track has proved popular throughout the summer, most recently notching up its 14th week inside the Top 20 (Check out the song’s full run on his Official Charts history page).

Elsewhere, Belgian producer and DJ Lost Frequencies is the second biggest seller this summer. The track, which hit Number 1 on its second week in the Top 40 and is currently enjoying a 10th week in the Top 10, finished with summer sales of 348,000.

Despite first entering the Top 40 back in April, OMI’s Cheerleader (Felix Jaehn Remix) finishes third with June-August sales of 295,000, Tinie Tempah’s sixth chart-topper Not Letting Go ft. Jess Glynne is fourth (277,000 sales), and Walk The Moon’s Shut Up & Dance – which peaked at Number 4 in July – completes the Top 5 with sales of 266,000.

Elsewhere, Mark Ronson’s Uptown Funk, which was released in December last year – places at Number 35, and after lingering around the lower end of the Top 40 for much of the summer, Hozier’s Someone New completes the tally at Number 40.

The Official Top 40 biggest selling songs of summer 2015 are:

Meanwhile, Major Lazer’s Lean On is today revealed as the most streamed song of summer 2015.

The track, which features DJ Snake and singer MO, enjoyed a steady ascent up the Official Singles Chart this year, taking 12 weeks to reach its eventual peak at Number 2. After regularly featuring at the top of the Official Audio Streaming Chart, Lean On takes the title with 25.6 million streams between June and August.

OMI’s Cheerleader finishes at 2 with 25.1 million plays, and Derulo’s Want To Want Me is at 3 on 22 million streams.

Skrillex, Diplo & Justin Bieber’s Number 3-peaking Where Are U Now? takes fourth place (20.2 million), and Fetty Wap’s Trap Queen is the fifth most streamed song of the summer with 19.3 million plays.

The Official Top 40 most streamed songs of summer 2015 are: