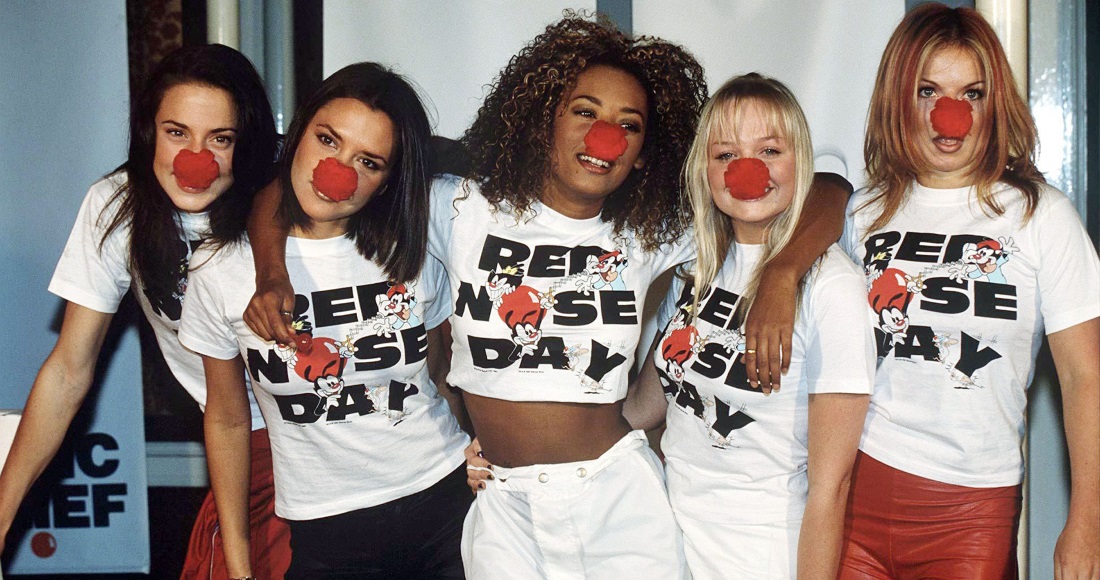 Today is Red Nose Day (March 24), a day where the entire nation gets together to 'do something funny for money' and help raise funds for Comic Relief.

In addition to the Red Nose Day telethon - which this year is broadcast live from London's O2 Arena from 7pm on BBC 1 - an important part of Comic Relief’s fundraising has been persuading the likes of the Spice Girls, Sir Cliff, One Direction and Sam Smith to release charity singles.

Over the course of Comic Relief’s near-30 year history, a total of 22 singles have been released, 14 of which have hit Number 1, with a a combined sales tally of over 8 million copies across the full list.

The first official Comic Relief single was released in 1986 and featured Cliff Richard and the cast of The Young Ones performing Cliff’s 1959 hit, Living Doll. It peaked at Number 1 on the Official Singles Chart helping Cliff become just one of a handful of artists who’ve managed to take the same song to Number 1 in completely separate chart runs.

As for the best-selling Comic Relief single, that accolade goes to Tony Christie and Peter Kay’s Is This The Way To Amarillo?, with 1.28 million sold. Though not strictly an official Comic Relief release, Kay performed it live on Red Nose Day 2005, lip synching to Tony Christie's 1971 hit. It was released the following week and spent the next seven weeks at Number 1. Unsurprisingly, it sparked a new trend for releasing official-unofficial Comic Relief singles.

As well as having the biggest selling Comic Relief single, Peter Kay has also appeared on the most Comic Relief singles; once as himself (Is This The Way To Amarillo?), and twice as his alter egos Brian Potter (from Phoenix Nights) on The Proclaimers' 2007 rendition of I'm Gonna Be (500 Miles), and Geraldine McQueen (his character from Britain's Got the Pop Factor) on Susan Boyle’s I Know Him So Well.