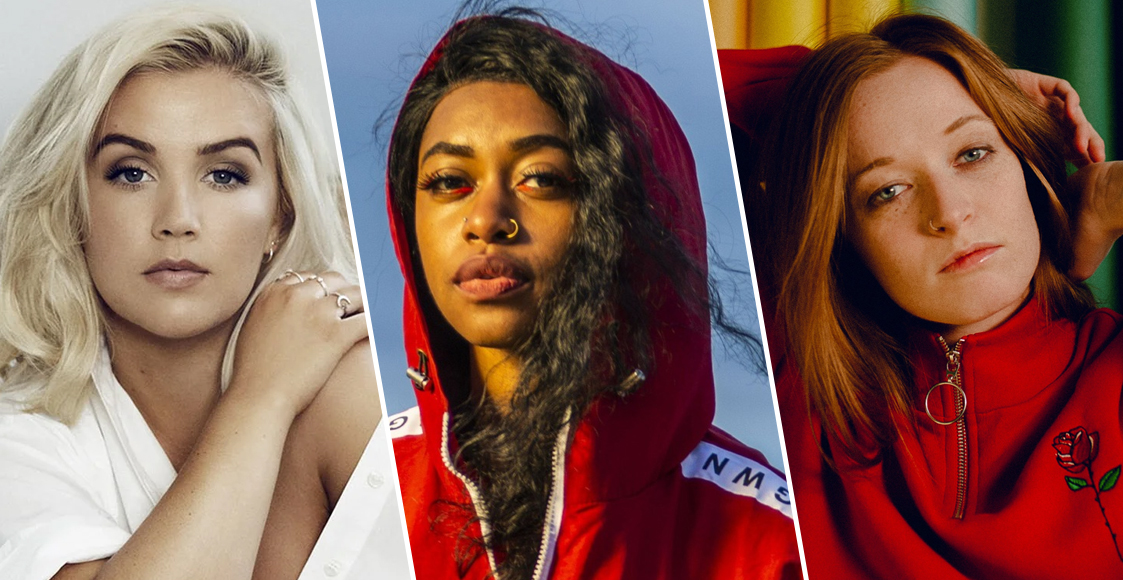 2020 has been a cultural reset for a multitude of reasons, with the Irish music sector affected positively by a rising number of female musicians getting the long-overdue attention they deserve.

Charity single Dreams by Irish Women in Harmony - which became the first female Number 1 on the Official Irish Homegrown Chart - saw 39 rising stars and established faces come together to carry out two objectives: raise money for SAFE Ireland (they've raised over €215,000) and showcase the power and talent that comes from women supporting women. Both boxes were well and truly ticked.

In addition to Irish Women in Harmony having Ireland's most downloaded song of 2020 so far proving that women are deserving of more opportunities, a report into gender disparity on Irish radio was another straw to break the proverbial camel's back. The women in the Irish industry want to take nothing away from their deserving and successful male peers, but they are just asking for - and showing why - they deserve a bigger spotlight than what they've been getting. And in the past few weeks, it's becoming more evident that attitudes are changing and women are receiving well-earned opportunities and scoring success.

In the past month alone, eight female solo artists have entered the Official Irish Homegrown Chart Top 20. Compared to the whole of 2019, that's a massive 300% increase in just four weeks. Factoring in female groups and acts with female members like Irish Women in Harmony and MOM, the chart uplift compared to all of 2019 is 150%. The diverse talent has always been there, and now through live performances, increased awareness and TV placements, the country is getting to hear it.

So which women have impacted the Homegrown Chart as of late?

The highest-charting Irish female soloist in 2020 so far is Denise Chaila. Her latest self-titled single Chaila is an ode to her heritage and pokes fun at the often mispronunciations of her Zambian surname. The song - which has reached Number 8 - is the hip hop/spoken word artist's first to receive a music video and follows her televised performances on Other Voices and Songs From An Empty Room on RTÉ.

Songs from An Empty Room also saw performances from Fia Moon and Aimée, both of which have seen their latest tracks enter the Homegrown Top 20. Fia's Better Days was made Tracy Clifford's Tune of the Week on RTÉ 2FM recently while Aimée's music video for Naked propelled it onto the charts. Both women were also part of 2FM's live special promoting the solo material of Irish Women in Harmony.

MORE: The biggest Irish Homegrown songs and albums released in 2020 so far

2FM also made Biig Piig's Don't Turn Around one of their tracks of the week; that platform and its colourful music video helping it towards a Homegrown Top 20 slot. Annie Mac also made the song her Hottest Record on BBC Radio 1 in the UK.

Social media platform TikTok has been the reason for Luz's rise in profile. Her original song We'll Be Fine has so far peaked at Number 12 following praise from the likes of Dua Lipa and Lewis Capaldi after she covered their songs on the video sharing website. A cover is what brought Roisin O to the Official Irish Homegrown Chart for the first time a few weeks ago; she got creative in lockdown and her cover of Selena Gomez's Lose You To Love Me also topped out at Number 12.

Anna Mieke and Orla Gartland also entered the charts following their songs Warped Window and Did It To Myself being featured on the popular TV series Normal People. That exposure led to respective 265% and 395% uplifts in streams.

Are you an independent talent and think you're eligible for the Official Irish Homegrown Chart? Email cat@officialcharts.com who can help you register if you're not already through your distributor.