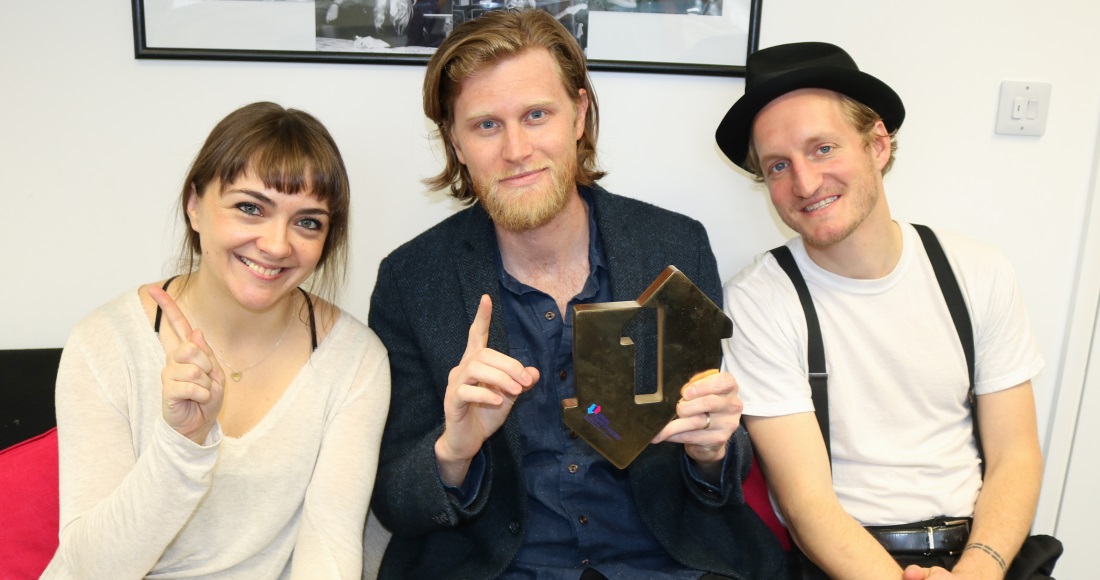 After a very close battle for Number 1, glory today belongs to The Lumineers, who score their first ever chart-topper.

The US folk-rockers’ second album Cleopatra saw off midweek challenges from All Saints and Deftones to take the Number 1 spot just 301 combined sales ahead of nearest rival, Adele.

The trio told OfficialCharts.com: “It’s pretty shocking – we didn’t ever think this would happen. We feel really great because it means people are still buying records and they’re into a whole body of work.”

Watch The Lumineers celebrating their Number 1 album below:

Aled Jones’s One Voice climbs two places to personal career best at 4, and Deftones’ Gore is a new entry at Number 5.

Scottish indie rockers Frightened Rabbit score their second Top 40 album with Painting Of A Panic Attack, while folk band Bellowhead are new at Number 24 with their Farewell Tour live album.

After a week of live shows at London’s O2 Arena for their world tour, Muse’s 2015 chart-topper Drones leaps 12 places to Number 26.

Good news for London folk quintet Eliza And The Bear, their self-titled debut goes straight in at 27, and French electronic outfit M83 score a personal best with second album Junk, new at 28.

Catfish and the Bottlemen return to the Top 40 with The Balcony rising 12 spots to Number 33, and Fleetwood Mac’s classic album Rumours also makes a reappearance, advancing 17 places to land at 35 today.

Remind yourself of every Number 1 album in our gallery below: