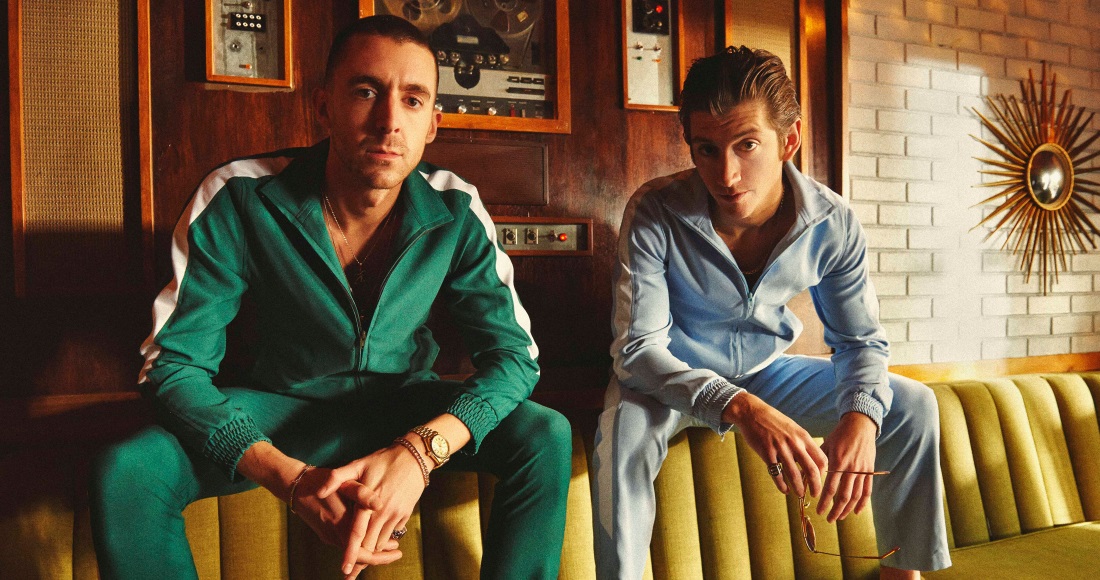 The Last Shadow Puppets are off to a roaring start in this week's Official Albums Chart Update - they're outselling their nearest chart rivals by nearly 5,000 copies.

Alex Turner and Miles Kane's second collaborative album Everything You've Come to Expect looks to become the duo's second chart topper together, following The Age of the Understatement back in 2008. The collection will also be Alex Turner's seventh UK Number 1 album including his five chart toppers with Arctic Monkeys.

Another 12 new entries debut in today's update, 5 of which are in the Top 10. Right behind The Last Shadow Puppets are Lukas Graham, whose self-titled album enjoys a strong opening at 2. The band's first global release features 7 Years, the longest-reigning Danish Number 1 single in UK chart history.

MORE: Who are Lukas Graham? Here are 7 things about the band behind the smash hit 7 Years

Mogwai's Atomic, Weezer's Weezer (White Album) and Sunset Sons' Very Rarely Say Die all look set for a Top 20 placing, kicking off at 14, 16 and 18 respectively. Scene Delete by UK producer Sasha is just a few places behind at 23.

This week's new entries are rounded out by Explosions in the Sky's The Wilderness (25), The Heavy's Hurt & The Merciless (30) and Moderat's III (39).

Finally, following an appearance on The Graham Norton Show, Raleigh Ritchie's You're A Man Now, Boy re-enters the Top 40 from outside of the Top 200, jumping to Number 37.

Remind yourself of every Official UK Number 1 album this year below: