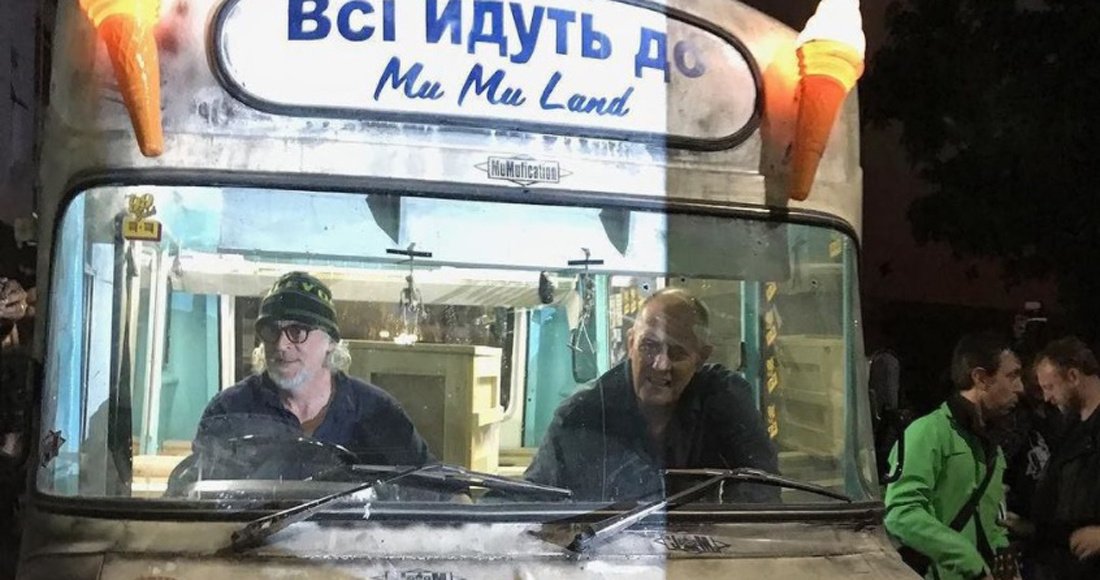 British electronic band The KLF have made a mysterious return (of sorts) last night (Aug 23), hosting a signing of their new book 2023.

The event, which took place in Liverpool at midnight, saw duo Bill Drummond and Jimmy Cauty show up to a bookshop in Liverpool on board a battered old ice cream van to stamp (rather than sign) copies of their new dystopian novel.

Watch their big arrival moment below:

While you were sleeping The KLF returned. In an ice cream van. In Liverpool. No music. They stamped copies of their new JAMs novel "2023". pic.twitter.com/RIxFVOmj7a

Around 400 super fans are also taking part in a three-day event in the city organised by the band called Welcome To The Dark Ages. We're not quite sure what it entails, but here are the very strict instructions:

The KLF ended their music career exactly 23 years ago today, on August 23 1994, where they famously burned £1 million and their entire back catalogue on a Scottish island.

They never explained why the did it, but it's hoped their new book, described as an "end of days" story, will offer some answers.

The KLF - also known as The Justified Ancients of Mu Mu, The JAMs and The Timelords - were one of the best-selling acts of the early '90s. Six of their singles landed in the Official Singles Chart Top 10, two of which went to Number 1: Doctorin' The Tardis (as The Timelords) in 1988 and 3am Eternal in 1991.