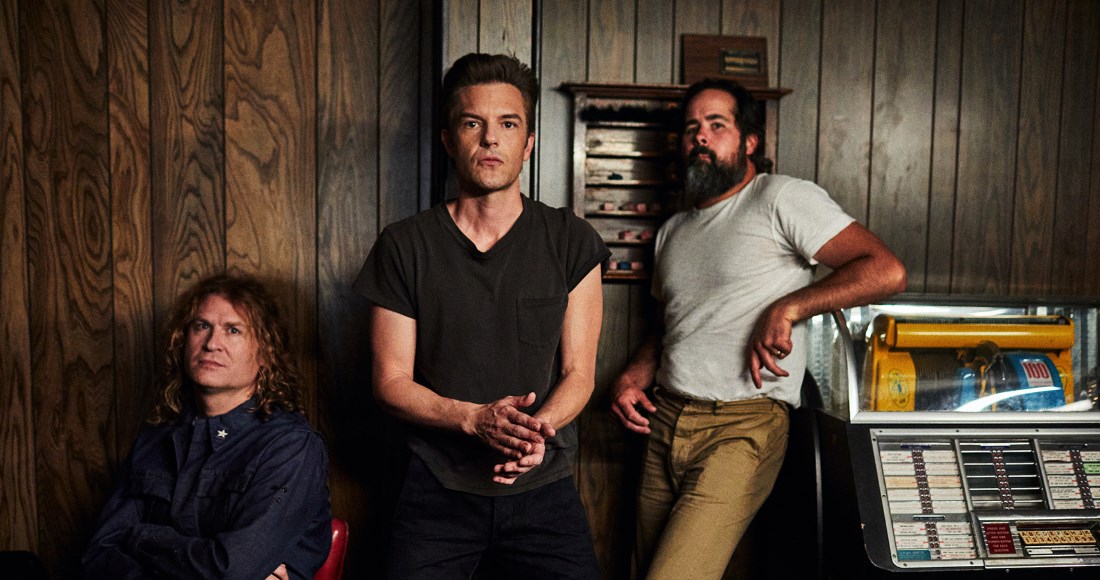 The Killers are on course for their seventh UK Number 1 album with Pressure Machine.

Outselling the rest of the Top 5 combined on today (August 16)’s Official Chart Update, Pressure Machine is in line to continue the Brandon Flowers-fronted group’s impressive track record on the Official Albums Chart, in which all of their studio albums have reached Number 1 in the UK: Hot Fuss (2005); Sam’s Town (2006); Day & Age (2008); Battle Born (2012); Wonderful Wonderful (2017); and Imploding The Mirage (2020).

Three of The Killers’ albums – Hot Fuss, Sam’s Town and Day & Age – have all registered over one million UK chart sales, with the former totalling over two million. See a full rundown of The Killers’ best-selling albums in the UK.

Electronic collective Jungle are in pursuit of their third successive Top 10 album, and a new Official Chart personal best to boot. New album Loving In Stereo is Number 2 at the midweek mark and set to eclipse the Number 7 peak of their Mercury Prize-nominated self-titled debut from 2014. Loving In Stereo is currently the biggest album of the week on vinyl.

A trio of former chart toppers round out this Top 5 at the halfway point – Olivia Rodrigo’s SOUR climbs one place to 3, Billie Eilish’s Happier Than Ever drops two slots to 4, and last week’s Number 1 We’re All Alone In This Together from Dave falls four positions to 5.

The guest on this week’s episode of Official Charts, Record Store Day and National Album Day livestream The Record Club with Bowers & Wilkins, Jade Bird could clinch a second Top 10 album with Different Kinds of Light (10).

When Facing Things We Turn Away From, the debut solo album from 5 Seconds of Summer’s Luke Hemmings currently occupies Number 24, and finally, Whitney Houston’s I Will Always Love You: The Best of Whitney Houston could return to the Top 40 for the first time since 2012 at Number 37 following what would have been her 58th birthday and the release of a new documentary.