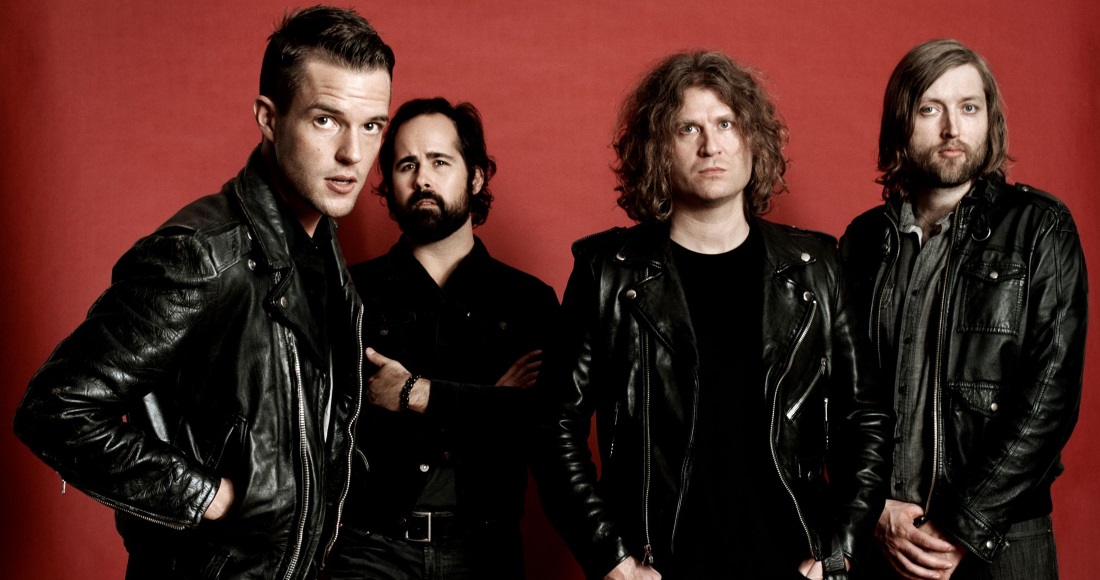 The Killers are one of the biggest bands on the planet, so it's no surprise that they are well-deserved headliners for this year's Glastonbury Festival, playing Worthy Farm on Saturday night (June 29).

With five Number 1 studio albums, a b-sides compilation, and a greatest hits, their back catalogue is filled to the brim with corkers. But which of their hits comes out on top? This one won’t be as cut and dry as you might expect.

If your favourite isn’t Number 1, don’t worry, there’s no need to (Hot) Fuss… lets breakdown the Top 5 before revealing the Top 10 in full.

All These Things That I’ve Done

A sing-along anthem at any festival and club and a popular karaoke choice, All These Things That I’ve Done is The Killers' most successful song not to peak in the UK Top 10, settling for Number 18, and has achieved 256,000 paid-for sales and 32 million audio & video streams to date.

When You Were Young

You would think The Killers’ highest-charting single would rank higher, but you would also think that The Killers would have had a UK Number 1 single. Double the shocks here.

When You Were Young peaked at Number 2 for two weeks in 2006, sitting behind Scissor Sisters’ I Don’t Feel Like Dancing. Brandon & Co. can take some solitude in that When You Were Young is their biggest seller on CD single, and has overall recorded sales in the UK of 392,000. Streams aren’t too shabby either – a healthy 41.6 million.

The Killers’ debut single, Somebody Told Me supercharged its way to Number 3 in 2004, and has retained a huge following on streaming services in recent years. While its sales are behind those of WYWY (354,000), Somebody Told Me has an extra 19 million plays to its name (60.7 million), ranking it third overall.

Are we human? Or are we dancer? While we still don’t understand that lyric (answers on a postcard please), it's not difficult to understand why Human is so damn popular. Another song to peak at Number 3, Human was kept from Number 1 by Beyonce’s If I Were A Boy, and a cover of Mariah Carey's Hero by the 2008 X Factor finalists. That’s the iconic Alexandra, JLS and Ruth Lorenzo year.

Human ranks third when it comes to streaming (49 million), but has amounted a huge 821,000 sales, a figure that helps pull it to the runner-up position.

MORE: The acts with an unbroken career streak of Number 1 studio albums, including The Killers and Brandon Flowers

It started out with a kiss, how did it end up like this? Believe it or not, The Killers' signature song actually topped out at Number 10 on the Official Singles Chart. Ageing even better than Brandon Flowers himself (no easy feat), Mr. Brightside has evolved into a phenomenon of the digital age.

Mr. Brightside has the edge on Human when it comes to sales with 1.01 million; by far the best-selling Killers song. Then we come to its monster streaming figures. Mr. Brightside has been played 204 million times, an amount that has enabled the song to spend more weeks in the Official Singles Chart Top 100 than any other song. Coming out of their cage, The Killers are doing just fine.

The Killers' Official Top 10 biggest songs in the UK