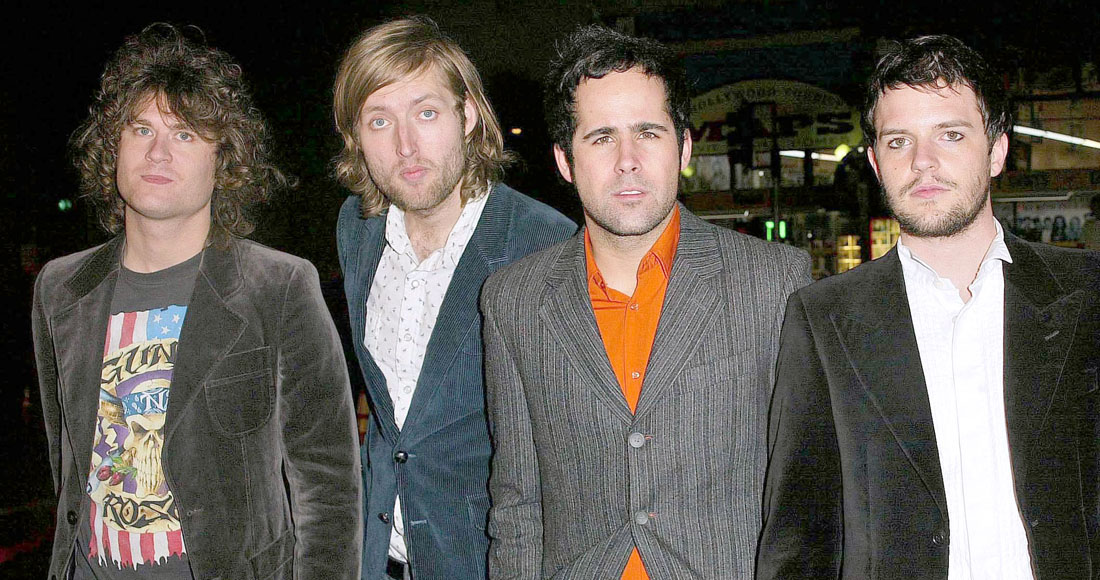 Mr Brightside by The Killers continues to prove the chart hit that can’t be kept down as this week the track logs a record-breaking 260th non-consecutive week – or a full five years - on the Official UK Singles Chart Top 100. It may be April 1, but we can confirm this 100% true.

No song in UK chart history has notched up anywhere near as many weeks in the Top 100 - the closest is Snow Patrol’s 2006 Top 10 hit Chasing Cars, at 166 weeks.

Mr Brightside has become the stuff of legend on the Official Chart. The indie-pop anthem spent just four weeks in the Top 100 upon its original 2004 release, peaking at Number 10. The years since have seen it become a staple at many a party or club night, helping it rack up lots of streams and downloads every week.

In December 2018 Mr Brightside reached a landmark 1 million pure sales (downloads and CD sales), while its streaming tally currently stands at 281 million UK plays, making it the most-streamed song of any track released before 2010. Its total UK chart sales is a whopping 3.52 million.

The power of Mr Brightside shows no signs of slowing down yet. Despite the country being in lockdown for most of the past year, the song has been streamed 65.2 million times in the last 12 months – that’s an average of 1.2 million plays a week.

Looking at other long runners on the Official Singles Chart Top 100, Ed Sheeran’s Christmas Number 1 Perfect is the most recently-released chart mainstay, logging 165 weeks since 2017, while Frank Sinatra’s signature hit My Way is fourth on 133 weeks. Kings Of Leon’s 2008 chart-topper Sex On Fire is fifth on 124 weeks.

The longest running songs on the Official Singles Chart Top 100