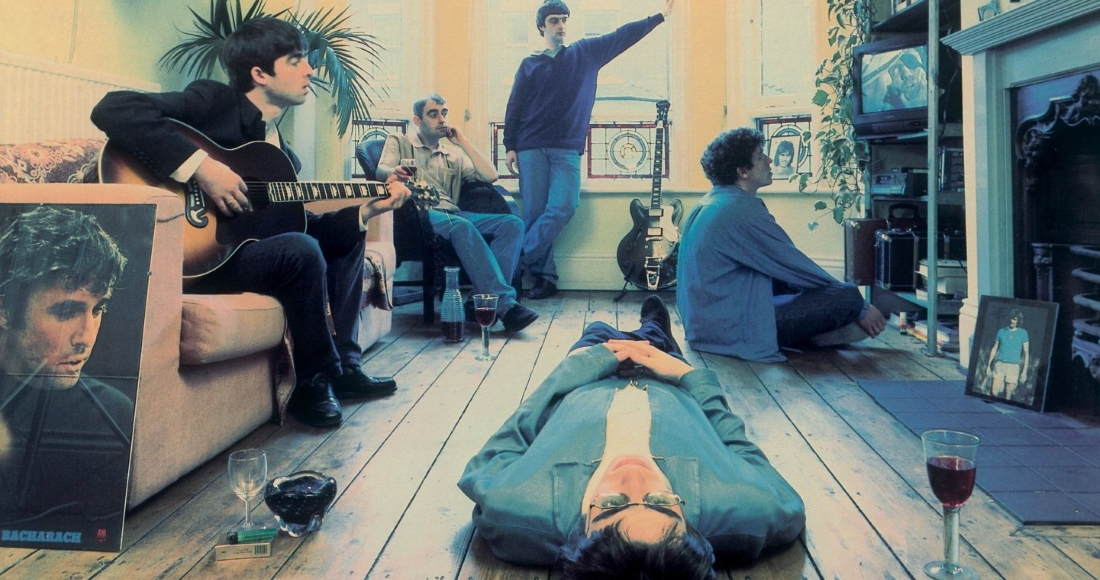 Oasis were mad for it, bad for it and dangerous to know. And when they arrived on the music scene, everybody knew this was different.

Indie bands – slowly turning into Britpop groups but perhaps not realising it – had varying levels of success over the years, but with Oasis everything felt big immediately. Too brash to be satisfied with being just a flash in the pan, too cocky to be slick, too raw to be sellouts – chart domination was firmly in Oasis’s sights.

While first two singles Supersonic and Shakermaker missed the Top 10, it was iconic tune Live Forever that broke the spell and gave them the first of 22 consecutive Top 10 singles from 1994 to 2008. All eyes (and ears) were on Oasis – would their debut album live up to the hype? Or was Live Forever a fluke?

In a word, no. From the opening track Rock 'n' Roll Star, Oasis’s now trademark swagger was relentless. All 11 tracks, all written by Noel Gallagher, blistered with energy and within days were staples on the jukeboxes of every bar up and down the country, from grotty student unions to chain pubs where smart shirts and loafers were the preferred uniform.

The album’s cover was photographed in the living room of guitarist Bonehead’s house. Liam lies on the floor – apparently in a pose inspired by an Egyptian mummy – surrounded by, what else, Cigarettes & Alcohol. Well, cigarettes, certainly – the red wine in the glasses is actually blackcurrant Ribena. But according to photographer Michael Spencer Jones, it's not true he used Ribena because the band couldn’t afford red wine. He told the NME that when it comes to taking a picture, Ribena looks more like red wine than red wine does. So now you know! 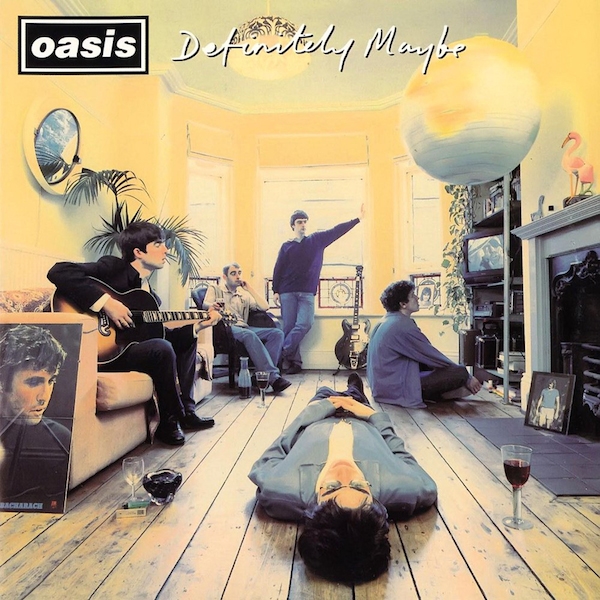 Supersonic is Noel’s favourite Oasis song ever, apparently. In an interview back in 2003, Noel said: “As soon as the first record came out, it was pretty much accepted. We were pretty accepted. After about the first minute of Supersonic, people just went oof – that’s it. As soon as you get to the chorus of Supersonic… everybody else, sit down, go to the chippy… You know, we’re in charge.” Bonus fact: the Elsa who’s "into Alka-Seltzer" was actually a dog.

Since its release in 1994, Definitely Maybe has sold two million copies. It’s Oasis’s second biggest selling album. The top honour goes to its follow-up (What’s The Story) Morning Glory), which has shifted a whopping 4.66 million copies in the UK, making it one of the bestselling albums of all time.

Since streaming records began in 2014, Definitely Maybe has racked up an impressive 250 million plays across all its tracks.

Definitely Maybe produced four singles: Supersonic (31), Shakermaker (11), Live Forever (10), Cigarettes & Alcohol (7). Bridging the gap between Definitely Maybe and (What’s The Story) Morning Glory was the single Whatever, which scored them their first Top 5. It’s often thought of as a Definitely Maybe-era track, but didn’t actually appear on any Oasis album until the 2009 collection Time Flies 1994-2009. Just so you know.

As the album celebrates its 25th anniversary, it could find itself back in the top flight; the record has been hovering around the Top 100 since June this year - last week it charted at Number 85. A limited edition vinyl release on August 30 could well give it an extra push.

Oh, and want to know who knocked them off the Number 1 spot? It was the might of the Three Tenors – Jose Carreras, Placido Domingo and Luciano Pavarotti – that put a stop to the Manchester lads’ swagger.

To mark the 25th anniversary of Oasis' Definitely Maybe, we're giving away a copy of both the silver vinyl and picture disc reissues. Enter our competition below.