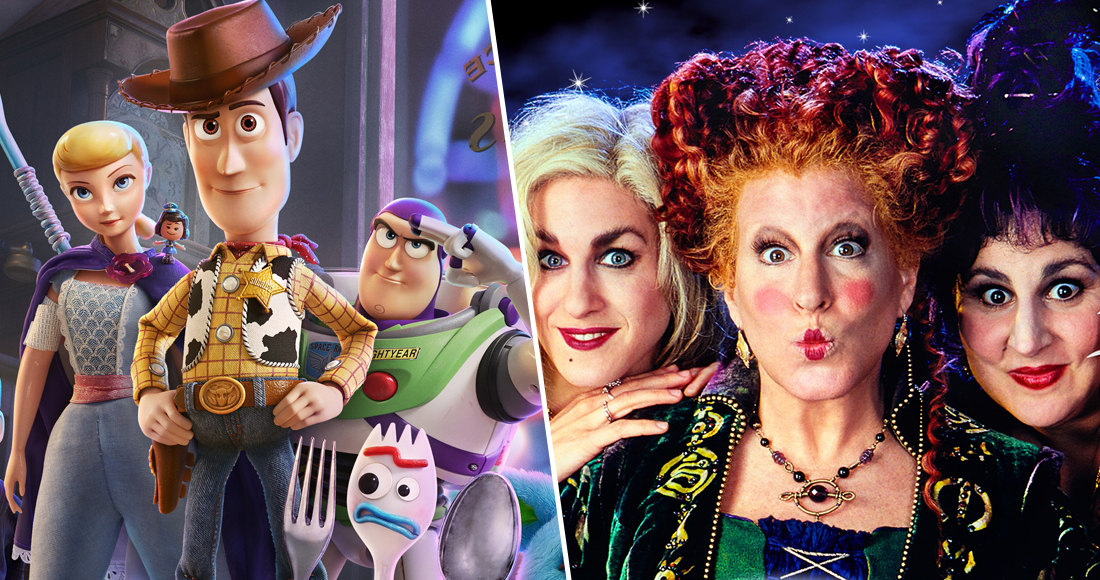 There’s just no stopping Toy Story 4 as it sees off seasonal competition to claim the Number 1 spot on the Official Film Chart for a third week running.

Woody, Buzz Lightyear and the gang have set up camp at the top of the Official Film Chart. Securing the biggest DVD and Blu-ray title of the week, the Disney•Pixar heartwarming animated sequel holds the chart throne for a third time while Spider-Man: Far From Home hits back as the UK’s most downloaded movie of the week.

Men In Black: International are on the case at Number 3, while Danny Boyle’s Yesterday, which reimagines a world without The Beatles is a non-mover at 4, as is Aladdin whose magic carpet remains parked at Number 5 this week.

Double, double, toil and trouble… the Halloween effect casts its spell next as 90s classic Hocus Pocus, starring Bette Midler, Sarah Jessica Parker and Kathy Najimy as a trio of diabolical witches who were executed in the 17th Century, conjures up the highest climb of the week. Hocus Pocus flies across the sky 9 places to Number 8.

Rounding off the Top 10 is Godzilla – King Of The Monsters (9) and X-Men – Dark Phoenix (10), each slipping one position.

On this week’s Official Film Chart online show, sing along to the gorgeous clip of Can You Feel the Love Tonight from Disney’s THE LION KING, featuring Beyoncé & Donald Glover available to download and keep from November 11. Watch below: