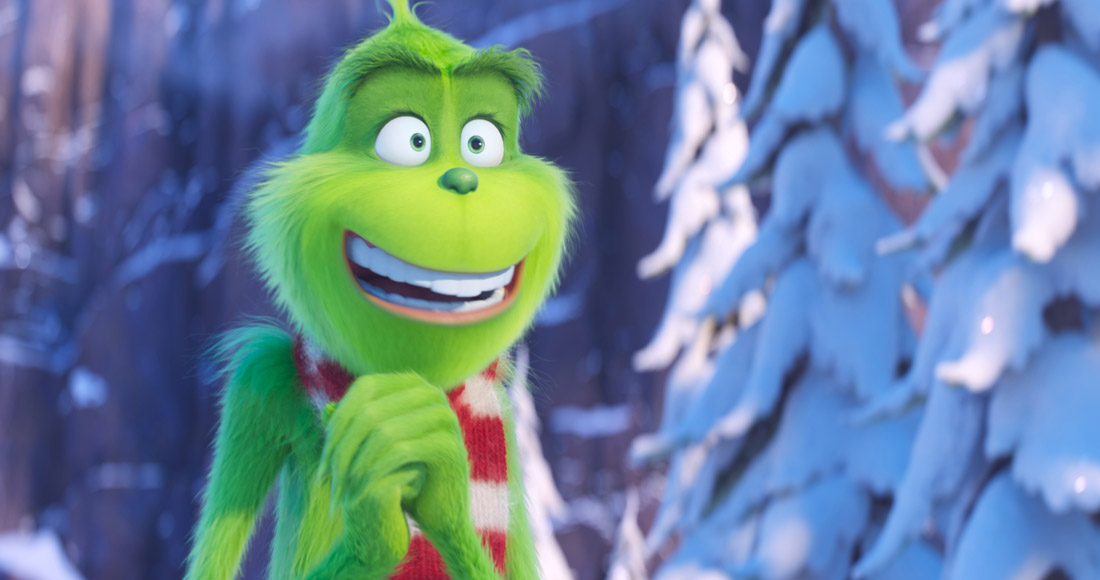 The Grinch holds on tight to its place at Number 1 on the Official Film Chart.

The animated feature starring Benedict Cumberbatch holds off its own predecessor this week, the 2000 Jim Carrey-starring Dr Seuss’ How The Grinch Stole Christmas, which sneaks up three places to a brand new peak of Number 2.

Festive favourite Elf leaps up six places to Number 3, as Santa’s yearly visit draws closer, pushing Shang-Chi & The Legend Of The Ten Rings down two spots to Number 4, and The Suicide Squad to 5.

Finally, Arthur Christmas climbs six places to Number 10. The animated film, released originally in 2011 has seen a new wind of popularity this year, cracking the Top 20, and now Top 10, for the very first time in 2021.