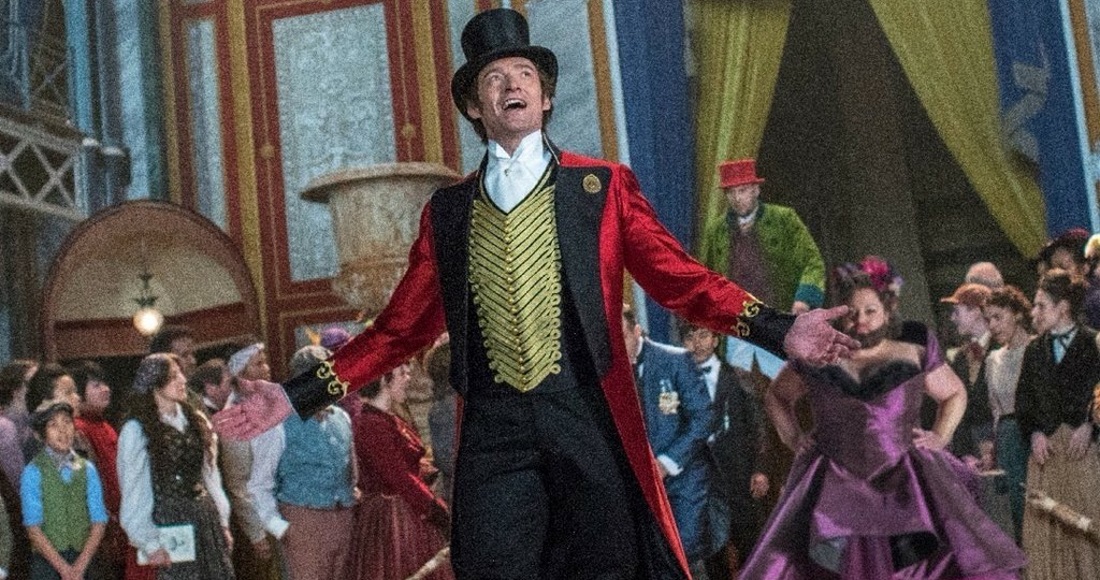 The show must go on, and on – the epic soundtrack to The Greatest Showman scores another week at the top!

The movie musical phenomenon now logs 26 non-consecutive weeks at the summit, extending its record as the longest running Number 1 album of the decade, ahead of Adele's 21, which has notched up 23 weeks at the top.

Following an appearance on Michael McIntyre's Big Show, George Ezra sticks at 2 with Staying at Tamara's, while there's a post-Golden Globes glow for winners Lady Gaga and Bradley Cooper, whose A Star is Born cast recording rebounds to 3, and Queen's soundtrack from the Drama Motion Picture winner Bohemian Rhapsody movie, which goes back up to 4. Meanwhile, the band's Platinum Collection returns to the Top 10, up four to 10.

Dua Lipa's self-titled debut is on its way back up, climbing eight rungs to 12; Drake's Scorpion returns to the Top 20, rising seven spots to 19; and US singer-songwriter Billie Eilish hits a new peak with debut EP Don't Smile At Me, soaring 12 places to Number 20. Get to know Billie Eilish

US rapper and singer A Boogie wit da Hoodie scores his first UK Top 40 album as Hoodie SZN zooms 13 slots to 29, and the Searchers’ Farewell Album: Greatest Hits & More debuts at 35, while two albums return to the Top 40. 21 Savage is at 39 with I Am I Was, and Eminem's greatest hits Curtain Call climbs to 40.