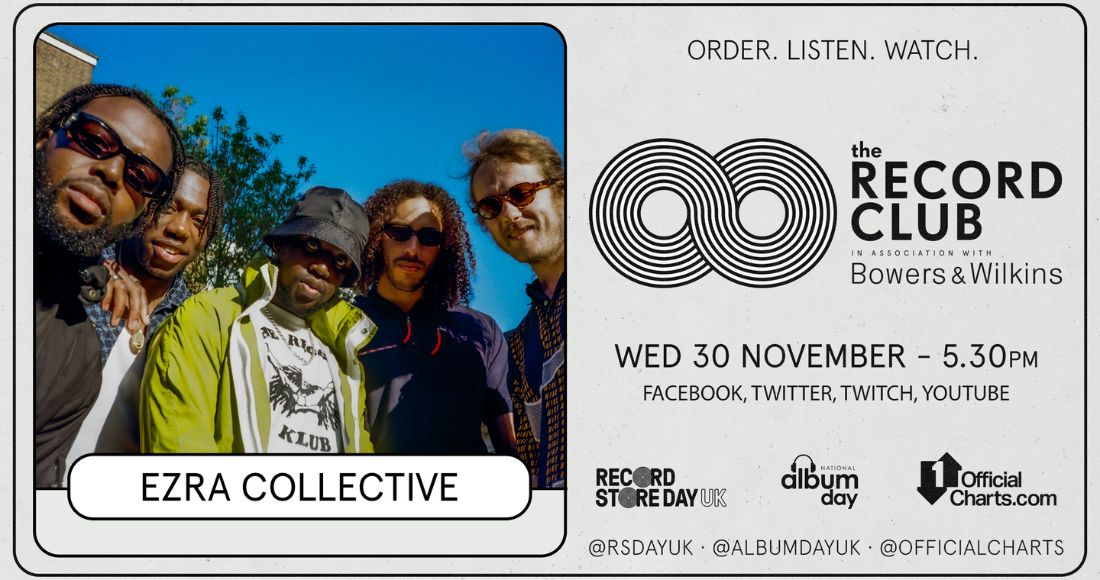 The Ezra Collective have been announced as the next guests of The Record Club.

The group all met at a jazz programme called Tomorrow's Warriors and releases work inside the genre of afro-beats, hip-hop, soul and of course jazz.

Their recent second album, Where I'm Meant To Be, became their first to enter the Top 40 of the Official Albums Chart earlier this month, debuting at Number 24.

Released under Sampa Records, Where I'm Meant To Be contains collabotations with Sampa The Great, Kojey Radical, Emeli Sande and Nao.

The Ezra Collective will be joining BBC Radio's Jess Iszatt this Wedneday, November 30, on a show that will be broadcast across the Official Charts Facebook and Twitter social channels.

You can find out more information on how to join in on the fun - and how, by participating in the conversation - you might even be in with the chance of winning a very special prize.

Get a flavour of the new album by listening to Where I'm Meant To Be track No Confusion, featuring Hoxton rapper Kojey Radical below in preparation for tomorrow's new episode of The Record Club in association with Bowers & Wilkins.