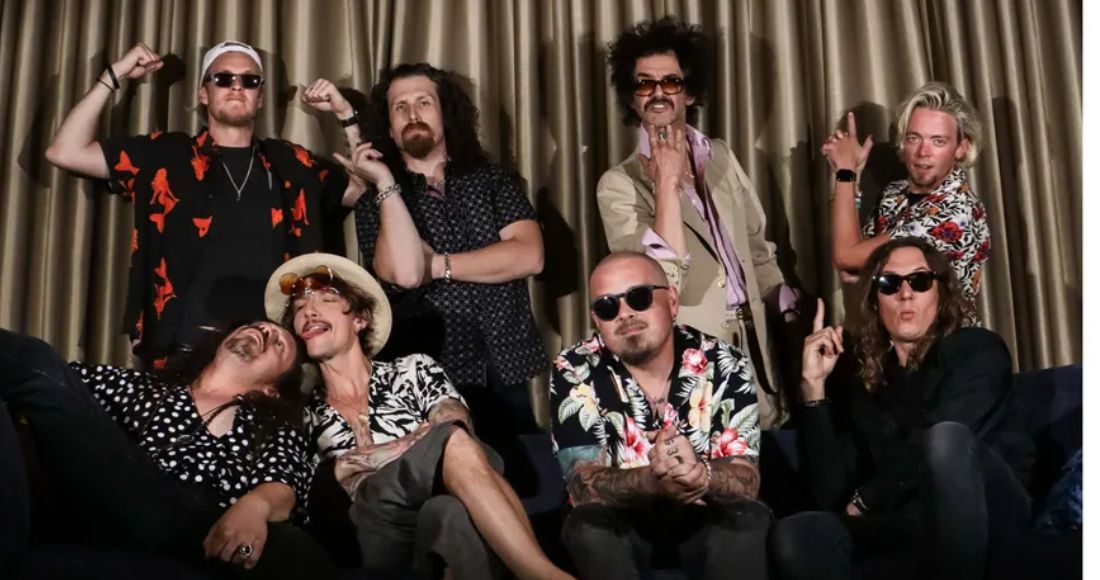 The Darkness have announced a new UK tour for next year, alongside co-headline act Black Stone Cherry.

Taking place in 2023, the two rock bands will visit various cities across the country, including Cardiff, Liverpool and Glasgow before finishing up with a closing show at Wembley Arena on February 4.

The new tour comes about after both groups performed in Thetford Forest in 2012, to much critical and fan acclaim. Getting the band(s) back together, it's an exciting time to be a rock music fan.

In a statement to press, Darkness frontman Justin Hawkins said: "Legend tells of a night, some 10 or more years ago, upon which The Darkness and Black Stone Cherry serenaded the nocturnal creatures of Thetford Forest, receiving generally favourable reviews in the woodland press.

He added: "Remember what the Thetford fauna say – 'The music of Black Stone Cherry and The Darkness is TREEmendous, and Never LEAVES you.'"

In their own statement, Black Stone Cherry added: "We absolutely cannot wait to create more magic and release the lightning that both bands caught in a bottle so many years ago. Grab your friends, grab your family, but hold on to your asses because this tour is going to ROCK!"

Lot of tree puns there, guys.

Tickets for the tour go on sale this Friday (June 24) at 10am. Get yours via LiveNation and Ticketmaster.