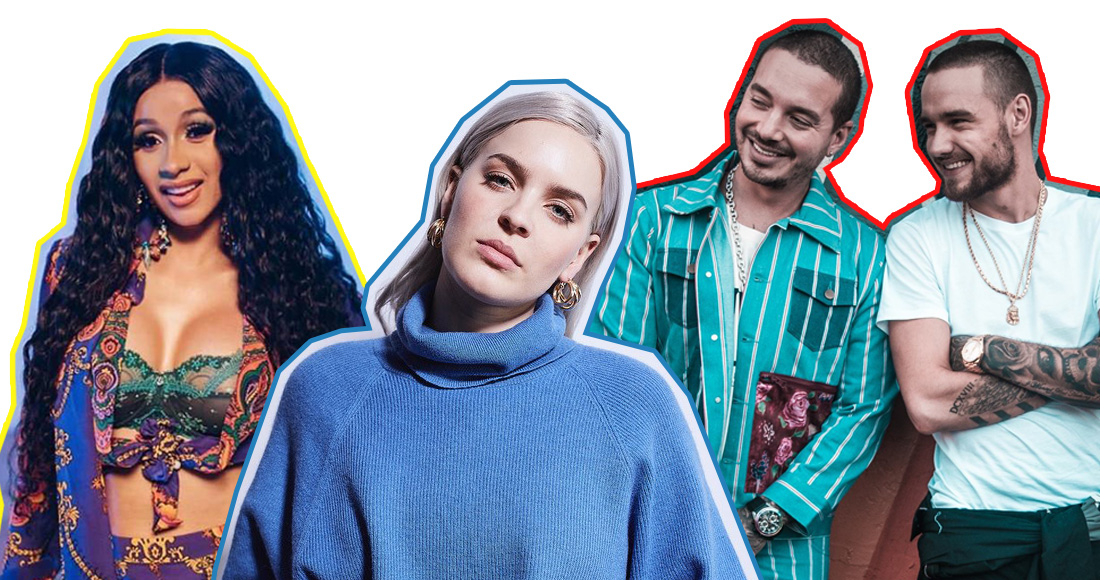 With the long and unforgiving winter now a distant memory, it’s time to take a look at which tracks will be monopolizing your ears this summer. Last year saw the world reignite its love affair with Latin pop, when Luis Fonsi, Daddy Yankee and Justin Bieber’s Despacito dominated the airwaves and the charts, scoring 11 weeks at Number 1. Look back at the Official Top 40 songs of summer 2017.

What can you expect this summer? Here’s your head start on the songs that are shaping up to soundtrack those scorching moments.

Never mind that it was Number 1 on the Official Singles Chart for eight weeks and is still a huge radio smash. No matter that you can hear it blasting out of rolled down car windows, at your gym or from any DJ booth within a three-mile radius. Like a poolside Piña colada, there’s an addictiveness to One Kiss that keeps you going back for more.

You’ll know by now that Clean Bandit have knack for earworm hooks that often result in massive chart hits. Their latest, Solo, subtly combines their classical roots with Latin pop and hazy electropop, while a digitally distorted Demi Lovato delivers a chorus that immediately plants itself in your brain.

Hoping to score a Latin-pop crossover hit of his own is Liam Payne, who has teamed up with Colombian reggaetón megastar J Balvin on Familiar. Balvin just missed out on eligibility for Official Charts’ song of the summer last year with his own sweaty smash Mi Gente after peaking at Number 5 last September, but he’s got an early look in this year with this hip-swinger. Familiar is white denim hotpants, bare chests and Margaritas on the beach. Expect to see this climb the charts.

Cardi B ft. Bad Bunny and J Balvin – I Like It

The rapper of the moment is also pulling out her Latin card this summer with I Like It; a super bouncy, super fun and super ridiculous number that samples Pete Rodriguez’s classic boogaloo staple I Like It Like That. Also, J Balvin isn't taking any chances this year, is he?

It might not be the most upbeat song of the bunch, but there’s something about Drake’s latest offering that we can imagine soundtracking summer’s more mellow moments. Plus, it’s Drake, and the timing of this release makes it a strong contender for chart success across the season.

Anne-Marie’s latest track has spent eight weeks inside the Official Singles Chart Top 10, but it feels like it’s only just getting going. The nostalgia-heavy single, co-penned by Ed Sheeran, nods to everything pop from the early noughties; including Jay-Z’s 99 Problems, N*Sync’s Bye Bye Bye and Britney’s Baby One More Time and Oops! I Did It Again. The timing of some of the references may be off, but when it comes to a summer smash, she could be right on time.

Jess Glynne – I’ll Be There

With a record breaking tally of seven Number 1s, many of which have fallen in the sunnier months, Jess knows her way around a hit. I’ll Be There may not bang quite as hard as the likes of Hold My Hand, but Jess’ message of support and inspiration alongside that yodelling chorus will no doubt be heard far and wide this summer.

Given the success of his breakthrough hit Barking – a Number 2 hit earlier this year and currently the fourth biggest track of 2018 – the power of London rapper and songwriter Ramz shouldn’t be underestimated. Family Tree might not be the most obvious summer hit, but it’s got the legs to go far, in part thanks to a new remix featuring girl group M.O.

George is one of the few folk-pop artists who isn't Ed Sheeran with the chops to compete in the Top 10. “I’ll be riding shotgun underneath the hot sun” he sings on his latest single, which is currently bounding its way back up the Top 40 just in time for the summer months. Recent single Paradise topped out at Number 2 – could he go all the way this time?

Of course, 2018's song of the summer could be an incoming release from the likes of The 1975, James Arthur - or something completely unexpected. Let us know what you think is poised for chart domination this summer below.