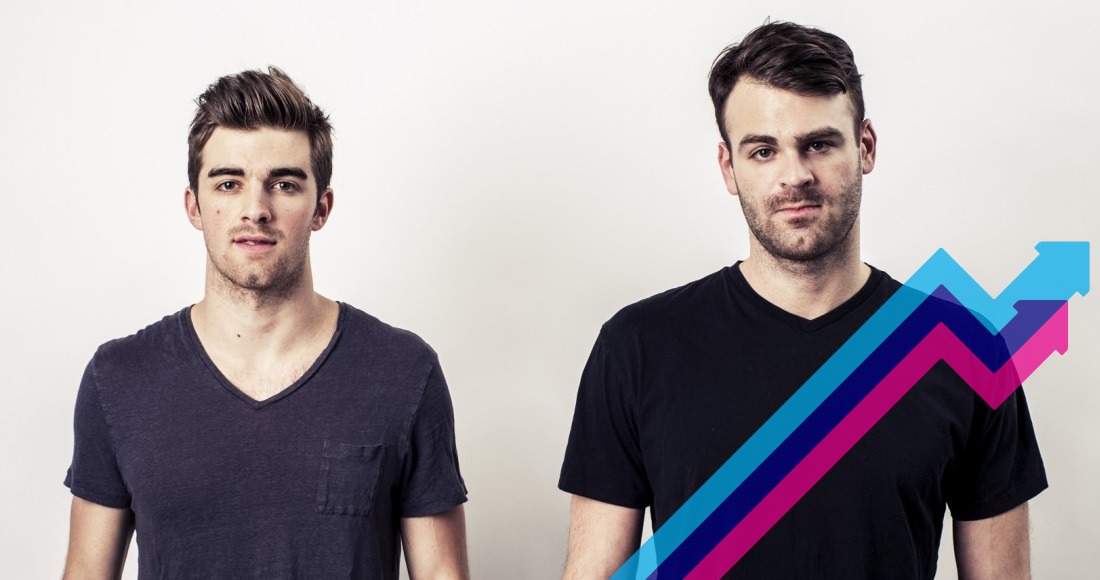 The Chainsmokers' new single Paris lands straight in at Number 1 on this week's Official Trending Chart.

The US duo's new single opened at Number 10 on Monday's (January 16) Official Singles Chart Update after just three days of sales and streams were combined, translating to a prime position on the Trending Chart, the Official Charts Company's measuring stick for future hits.

Elsewhere, the combination of Machine Gun Kelly and Camila Cabello continue to make waves with Bad Things, while The xx's On Hold also makes a splash following the release of their third album I See You, which is heading for Number 1 on the Official Albums Chart.

Other tracks making a significant impact this week include Now and Later by Californian rapper Sage The Gemini, Migos' Bad and Boujee, Alessia Cara's How Far I'll Go from the Moana soundtrack, MO and Kent Jones' Not In Love.