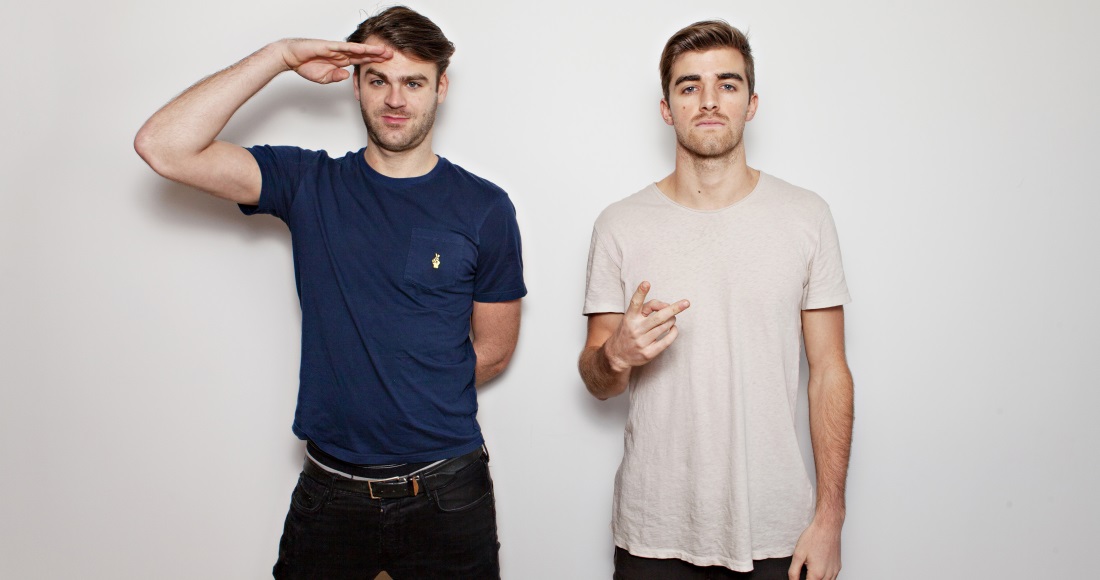 The Chainsmokers are the highest new entry on this week's Australian ARIA singles chart with their latest single Closer.

The US DJ duo debut at Number 2 on the tally, denied the top spot by Major Lazer, Justin Bieber and MO's Cold Water, which logs a second week at Number 1.

Closer is now The Chainsmokers' highest-charting entry on the chart; they’ve previously charted with #Selfie (Number 3 in 2014), Roses (Number 5 in 2016) and Don't Let Me Down (Number 3 in 2016). It's also Halsey's highest spot on the tally following her Number 22-peaking collaboration with Justin Bieber The Feeling.

Meanwhile, newcomer Anne-Marie scales the Top 10 with Alarm, up three places to Number 7 this week, and Usher's Crash leaps eight spots to 10, giving the R&B star his 12th Top 10 in the country and first since 2010's More.

Further down, Jonas Blue vaults from 42 to 11 with Perfect Strangers, US country singer Kenney Chesney earns his first Aussie hit with his Pink collaboration Setting The World On Fire, new at 26, and Macklemore & Ryan Lewis bow at 40 with their latest offering Brad Pitt's Cousin.

Over on the ARIA albums chart, Australian harmony group Human Nature extend their reign at Number 1 with Gimme Some Lovin', holding off a slew of new entries.

New at Number 2 are Aussie indie group Gang Of Youths with their latest effort Let Me Be Clear, rock band Hellions debut at 4 with Opera Oblivia, and winner of The Voice Australia 2015 Alfie Arcuri lands at 5 with his debut album Zenith. Finally, DJ Khaled enters at Number 6 with his ninth album Major Key - his first charting album in the country.

Catch up the best music pictures of the last few days below: