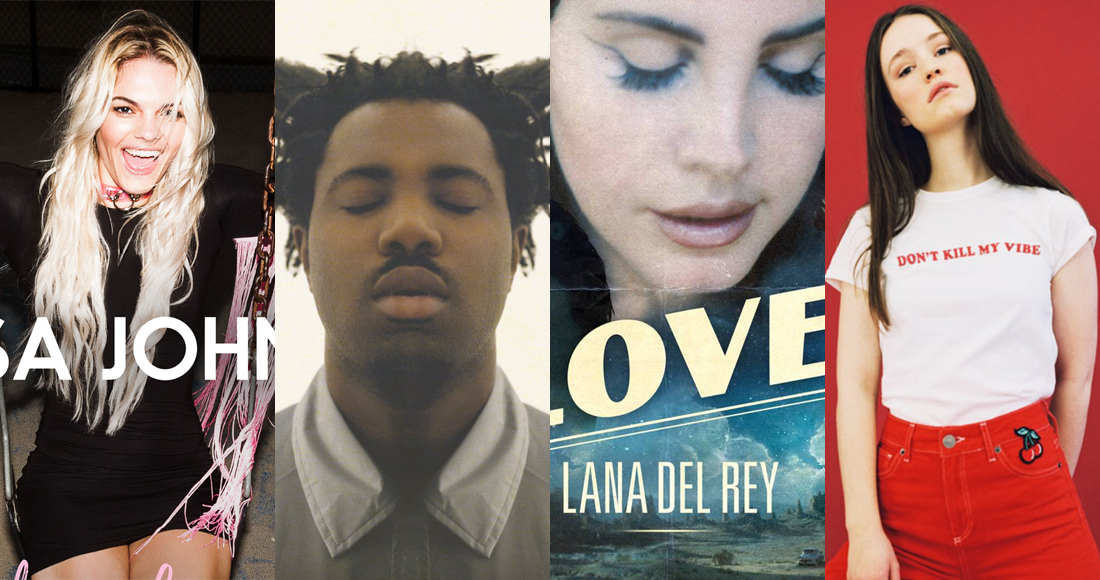 The Top 40 can be a tough nut to crack. And while we’re usually all about the songs that make it into the top tier of the Official Singles Chart, some big tracks, for whatever reason, don’t quite make it in.

Obviously, it doesn’t mean it’s a bad song. Sometimes an artist is just unlucky, the timing is off and the stars never quite align in the way they might have hoped.

Now we’re past the halfway point of the year, Official Charts has revealed the biggest songs of the year to date that missed out on a Top 40 placing. It just goes to show, it really is all down to you.

Despite being bold, brassy and undeniably banger-y, the lead single from the US band’s third album landed at Number 42 in its debut week back in February.

It’s since spent 20 weeks in the Top 100, though it looks like it’s going to have to settle on just missing out on the top tier on this occasion. As things stand, it’s the biggest selling single to miss the Top 40 this year (when streams and sales are combined).

Lana brought some much-needed love to the world when she unveiled the lead single from her upcoming album Lust For Life back in March. However, the love wasn’t reciprocated quite as strongly; the song entered at a frustrating 41 in its first week and slipped to 42 the following week. Argh.

Released back in March, Louisa’s third single proper Best Behaviour debuted just outside the Top 40, landing at 48. You might remember, it was the same week that every song from Ed Sheeran’s Divide album entered the Top 40.

The track hung around the Top 100 for another 12 weeks – in itself pretty impressive - though it never quite managed to sneak higher than its initial peak. We’re just throwing this out there, but we reckon this fizzy electro-pop banger would have cleaned up at Eurovision.

Kasabian – You’re In Love With A Psycho

The psychedelic rockers returned in March with what is possibly one of their most radio friendly songs in recent memory. But while You’re In Love With A Psycho went down well with critics and radio, it didn’t set the charts alight, topping out at Number 62.

Still, the song did its job on selling its parent album For Crying Out Loud, which went on to become their fifth Number 1 on the Official Albums Chart in May.

On paper, this track should have been huge. Even if you’re aware of Stargate (makers of 30-plus huge hits over the last 18 years), Sia is proving unstoppable at turning out hits of late, and there’s a thirst for new music from Pink following an extended break after giving birth in December.

Still, the song never quite caught on in the way you might have expected, and topped out at  Number 47 in March. Possibly a case of too many cooks?

One reason for this is likely to be because it was exclusive to Tidal for the first few weeks of its release, drastically limiting its chances of impacting the chart.

Norwegian singer Sigrid has been the artist to watch since arriving on to the scene with Don’t Kill My Vibe in February. After a slow build, the song started to impact the Top 100 in May and peaked at 62 in early June. We've got a sneaking suspicion she's got plenty more bangers up her sleeve.

Despite its heavy rotation on radio, the emotional trailer single for Sampha’s highly anticipated debut album didn’t take off in the charts, topping out at Number 92 in February. It didn’t harm his album though, which landed straight in the Top 10 at Number 7 later that month.

Released back in April, the moody, atmospheric lead single for Halsey’s second album hopeless fountain kingdom lingered around the lower end of the Top 100 for seven weeks. It might have failed to reach the upper echelons of the chart, but it helped her album land at a respectable Number 12 in June.

British rapper Dave teamed up with afrobeats star J Hus on this slow burner of a track back in January. It never climbed higher than its opening week debut at Number 63, though it’s since logged an impressive ten weeks in the Top 100, making it the third biggest selling single to miss the Top 40 so far this year.

This big piano ballad featured on the Fifty Shades Darker soundtrack, released in Februray. After Taylor Swift & Zayn's I Don't Wanna Live Forever, which was billed as the film's big single, it's the most popular song from the soundtrack, just missing out on a spot in the Top 40 after peaking at 45.

Which songs do you think have been overlooked so far this year? Leave your comments below.