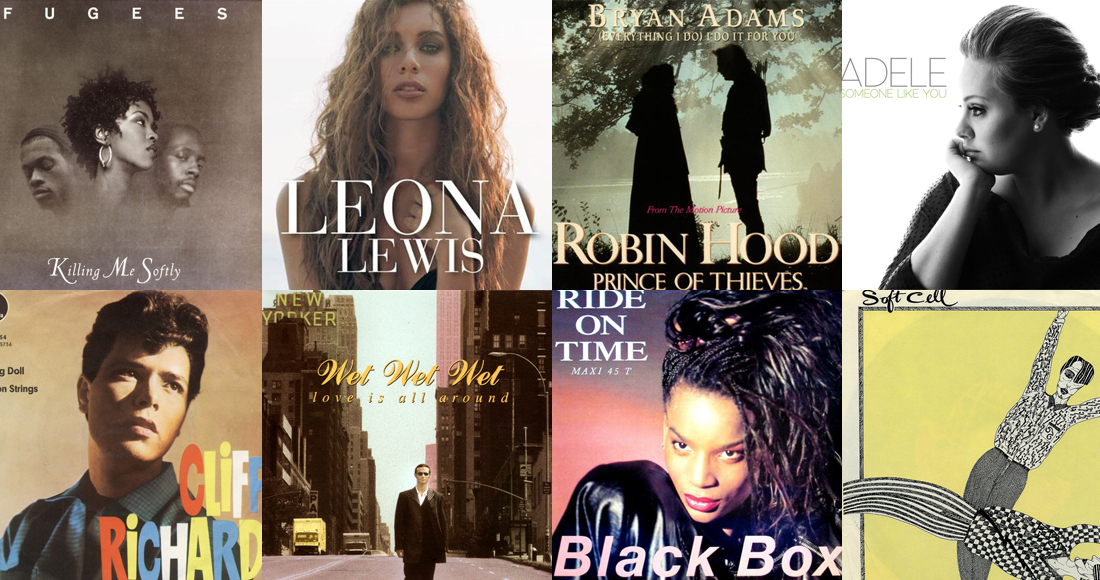 The Official Singles Chart has been around for over 60 years, kicking off in November 1952. The big deal, of course, is making it all the way to Number 1 and staying there as long as possible. But what about the tracks that achieve the ultimate chart-topping experience? We're not just talking a few weeks at Number 1, we're talking owning the entire year, and finishing as the biggest song of them all.

We've been through the archives to collect every single one of the biggest singles, top sellers from 1952–2013 and from 2014 based on a combined figure of sales and streams, for each year of the Official Singles Chart.

Only two songs have managed to finish as the biggest seller more than once. Band Aid's Do They Know It's Christmas was 1984's Number 1, while Band Aid 20's cover repeated the feat to decades later. Unchained Melody was the top seller of 1990 for Righteous Brothers, while Robson & Jerome's cover did it again just five years later.

The first ever top seller was from a female act – the legendary Vera Lynn. 2009 through 2011 was remarkable in that each year saw a female solo artist score the biggest seller – three in a row.

Click your way through our gallery of the lot and see how many of them you can remember. Look out for songs that were covered later down the line by different artists, the million-sellers and, even, those sneaky hits that never made it to Number 1 on the charts but still outsold all their chart-topping rivals when it came to the year-end countdown!