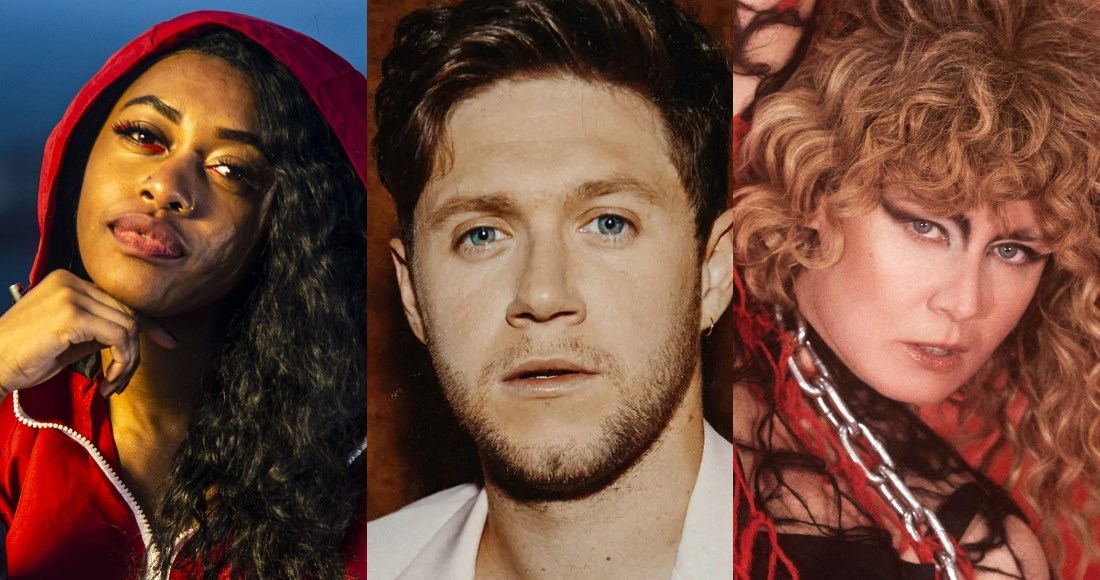 Dermot Kennedy’s Giants was the biggest song released in 2020 by a homegrown artist.

The singer-songwriter from County Dublin released Giants in June, which is inspired by the poem ‘What if 2020 Isn’t Cancelled?’ by Leslie Dwight. Its message of hope was taken to Ireland’s hearts, especially after Dermot’s surprise performance of the track with superfan Michael Maloney on The Late Late Toy Show in November.

Giants spent twenty consecutive weeks in the Official Irish Singles Chart Top 10, before returning to the top flight for a four week stint at Number 1, which included claiming the Christmas Number 1, the first song by an Irish act to do so since 2005. The song also helped Dermot become the first Irish act to replace themselves at Number 1 when Giants toppled Paradise (his collaboration with Meduza) from the top of the Official Irish Singles Chart.

Niall Horan claims 2020’s second biggest homegrown hit with No Judgement, released back in February, while Picture This land in third with Winona Ryder, taking the title for the most popular song released last year by an Irish group.

New faces for 2020 complete the Top 5: rising producer Shane Codd represents the dance genre with Get Out My Head (4), while Kilkenny’s Robert Grace went viral on TikTok with Fake Fine (5), which went to Number 1 on the Homegrown Chart in October.

Irish Women in Harmony’s charity release Dreams was the biggest homegrown track by a female act at Number 7, while Denise Chaila’s Chaila ranks at Number 14, and newcomer Lea Heart is at Number 18 with Older.

In addition to spoken word artist and rapper Denise, there’s more representation for Ireland’s thriving hip-hop scene in the year-end list, with Drogheda’s Offica and rap collective A92 featuring at Number 10 on Fumez the Engineer’s Plugged In Freestyle, and Balbriggan’s Rose & Chuks with Facts at Number 20.

The Official Irish Homegrown Chart of 2020

Niall Horan’s second studio album Heartbreak Weather was the most popular released in 2020 by an Irish act.

The One Direction member’s second chart topper on the Official Irish Albums Chart proved popular with the Irish public, spawning the Official Irish Homegrown Chart Number 1 hits Nice To Meet Ya and No Judgement and Top 3 single Black and White and Put A Little Love On Me.

August saw Irish pop rock group The Coronas take on post punk outfit Fontaines D.C. for the Official Irish Albums Chart top spot, and while it was The Coronas that hit Number 1, Fontaines D.C. managed to sell more copies over the course of 2020. Fontaines’ second album A Hero’s Death lands at Number 2 on the end-of-year rundown, while The Coronas’ sixth album True Love Waits finishes

The fourth spot belongs to Kodaline with their Number 2-peaking fourth album One Day At A Time, and Americana duo Hudson Taylor end 2020 in fifth with Loving Everywhere I Go which reached Number 1 on the Official Irish Albums Chart in March.

Gavin James’ chart-topping EP Boxes is at Number 6, while folk newcomer David Keenan strikes a chord at Number 7 with his debut album A Beginner’s Guide To Bravery. Dance music legend Roisin Murphy released the best-selling album by an Irish female artist with Roisin Machine at Number 8, followed by Celtic musician Sharon Shannon with The Reckoning at Number 9.