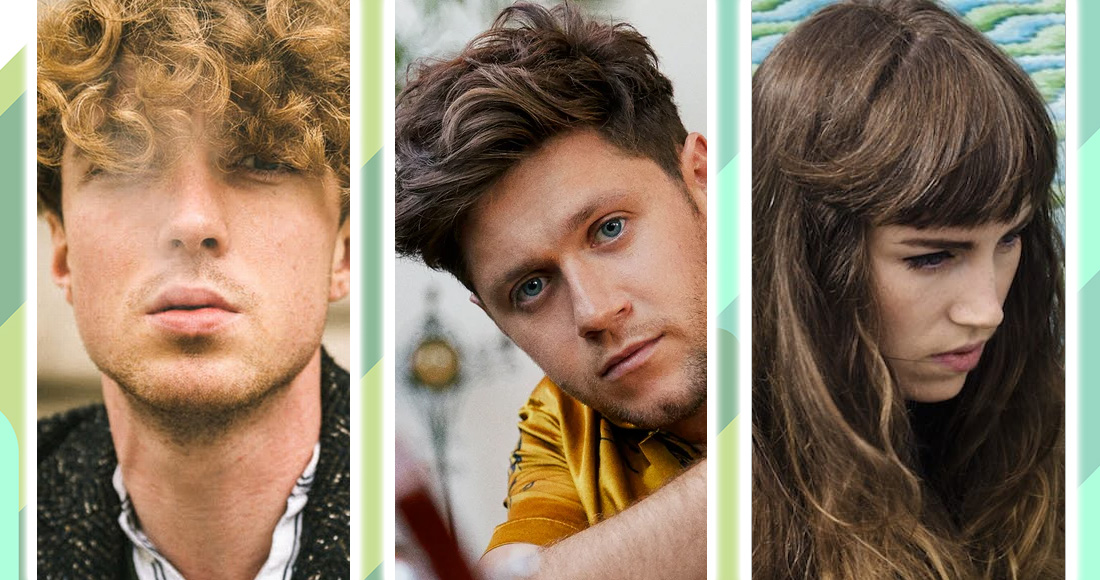 Niall Horan has Ireland's biggest album and song released in 2020 so far by a homegrown act, OfficialCharts.com/Ireland can reveal.

The singer-songwriter from Mullingar kicked off 2020 releasing his second solo album Heartbreak Weather to huge acclaim, going to Number 1 on the Official Irish Albums Chart. The record is also the fastest-selling album released so far this year by an Irish act.

Since its release in March, Heartbreak Weather has generated more sales on CD and download than any other Irish artist album. It's also the most streamed record by and Irish act in the first half of 2020. Watch Niall celebrate his chart-topping album below:

When it comes to singles, Niall also has three of the Top 10 biggest songs of 2020 to date among Irish acts. No Judgement tops the list; the track peaked at Number 6 on the Official Irish Singles Chart and has been streamed 3.5 million times in Ireland. Top 20 hit Black and White ranks third, while title track to the album Heartbreak Weather is seventh.

In addition to Niall, one more album by an Irish act has reached Number 1 so far in 2020, Hudson Taylor's Loving Everywhere I Go. The brothers' second studio album is the second-biggest homegrown album so far this year, with Dundalk singer-songwriter David Keenan landing in third with A Beginners Guide to Bravery. David's debut album has shifted more copies on vinyl than any other Irish act in the first six months of 2020.

Meanwhile, Kodaline's fourth studio album One Day At A Time is fourth, and the debut album by rock 'n' roll band The Scratch, Couldn't Give A Rats, takes fifth and is the fastest-selling Irish album on vinyl this year.

Elsewhere, The Boomtown Rats' first album in 36 years Citizens of Boomtown lands in sixth, while No Future by Eden is seventh, in which 94% of its chart sales comes from streaming. Cork folk singer Cormac O Caoimh's fifth album Swim Crawl Walk Run is in eighth.

Finally, Two emerging female talents round out the Top 10. The critically-acclaimed debut Land of No Junction from alternative artist Aoife Nessa Frances is ninth, while experimental folk singer Hilary Woods is tenth with her second album Birthmarks.

Picture This claim multiple songs in the year-to-date Top 10 biggest songs by Irish acts. The chart-topping group, who recently claimed their 15th Top 50 hit on the Official Irish Singles Chart, sit in the runner up slot with Winona Ryder, while Troublemaker ranks sixth.

Kodaline's Wherever You Are and Sometimes are fourth and fifth, while Gavin James' Top 50 single Boxes is eighth. Alt-rock Dubliners The Coronas are ninth with Haunted, taken from their upcoming album True Love Waits, and Dermot Kennedy is tenth with Resolution; the Matt Corby cover is taken from the bush fire relief compilation album Songs for Australia.

Irish music is celebrated each and every week with the Official Irish Homegrown Top 20, the only chart solely focusing on artists from the Republic of Ireland and Northern Ireland. This coming Friday (July 10) sees new rules implemented onto the chart. Just one song per artist will be featured, being eligible for 13 weeks. Eligibility rules can be found by clicking here.