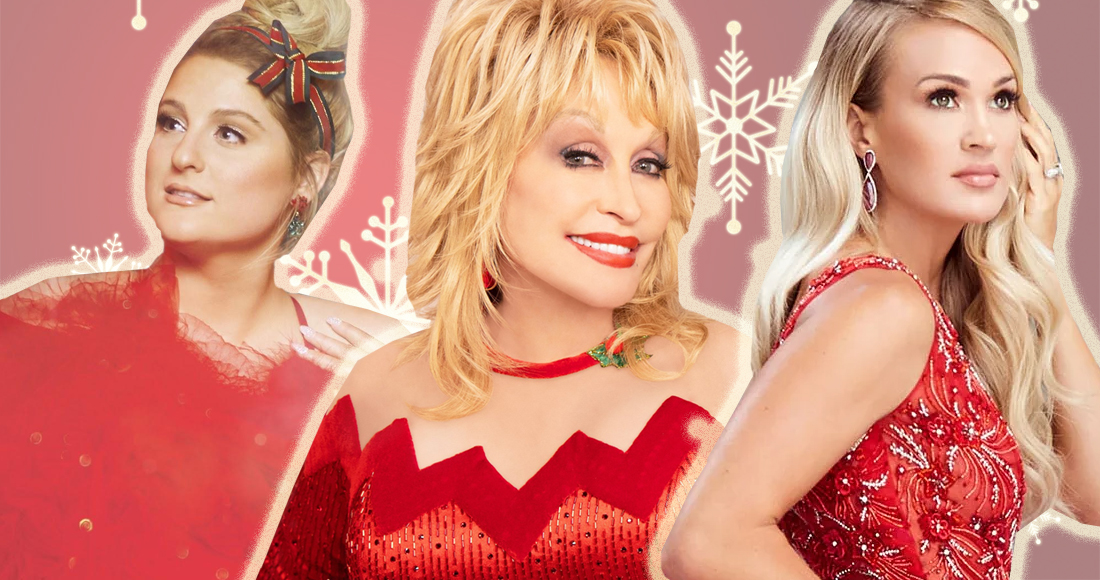 While we're not sure how Christmas 2020 is going to look, one thing we can always count on is festive music to give us that warm, fuzzy feeling.

Albums from the likes of Michael Buble, Kelly Clarkson and Mariah Carey are staples that we return to each and every year, and there are a ton of newly-released yuletide collections that hope to be soundtracking our roast dinners and cracker opening for decades to come.

Here's our guide to the biggest and best Christmas albums released in time for 2020's holiday season.

While the biggest gift Dolly Parton has given us this year is the initial cash donation towards the promising Moderna COVID vaccination (yes really!), she's also dropped us another present, A Holly Dolly Christmas. The country legend's first Xmas album in 30 years has already hit the Official Albums Chart Top 40 and features collaborations with Miley Cyrus and Michael Buble.

You could say Carrie Underwood was keen to get into the Christmas spirit, releasing her first holiday album My Gift back in September. The collection reached Number 1 on the UK's Official Country Albums Chart and features a duet with John Legend. One track Favorite Time of Year is an Amazon Music exclusive.

The Pianoman at Christmas is Jamie Cullum's first Christmas album and features ten original songs. Recorded at Abbey Road, the jazz singer says the album is "a world of classic songwriting" that has led to "something uncynical and adventurous that could be something you feel like reaching for every year."

Lockdowns are making it difficult for us to Leave (Get Out) of the house (geddit?) but we at least have a Christmas album from JoJo to listen to while putting up the tree. December Baby is JoJo's second album release of 2020 and features original tracks such as North Pole, Wrap Me Up, the title track and new single Wishlist.

MORE: When will the 2020 Christmas Number 1 be announced?

Self-described as "more Buble than Bing", TV presenter Chris Kamara is releasing his second Christmas album in as many years in 2020 titled And A Happy New Year on November 27. Chris' debut album reached Number 8 on the Official Albums Chart last November.

After releasing three albums together, titled Together, Together Again and Back Together (see what they've done there?), star of stage and screen Michael Ball and tenor Alfie Boe are releasing Together at Christmas on November 20. We're not sure they'll actually be together at Christmas due to Government guidelines on household mixing, but they had to continue their album title theme, guys.

With two Number 1 albums as a pair, Ball & Boe could have this year's highest-charting Xmas album on their hands.

Iris hit-makers Goo Goo Dolls are decking the halls for the first time in their career with Xmas record It's Christmas All Over. The 10-track album features two new songs and their versions of Christmas classics Let It Snow and Have Yourself A Merry Little Christmas.

Official Classical chart-topping artist Jonathan Antoine is releasing his first festive album in 2020 titled ChristmasLand. Out December 4, the collection was recorded at Abbey Road and features the Royal Philharmonic Orchestra and New Zealand’s Choristers of Wellington Cathedral of St Paul.

Another classic offering this Christmas is Andre Rieu's Jolly Holiday. On course to be the Dutch violinist and conductor's 11th UK Top 10 album, the album hosts a bumper 19 tracks to get your bells jingling.

Christmas is all about family and Meghan Trainor's A Very Trainor Christmas embodies exactly that. After all it does feature her Dad and three cousins! Also containing Earth, Wind & Fire and Seth MacFarlane collaborations, the record features six original songs and Meghan's poptastic takes on Wham!'s Last Christmas and Rudolph the Red-Nosed Reindeer.

US singer-songwriter Tori Kelly took her first Sleigh Ride into Christmas music this year too for her record A Tori Kelly Christmas, which was self-produced alongside Babyface and Scooter Braun. Her rendition of traditional songs like Silent Night and O Come All Ye Faithful are included, plus an original titled 25th. The deluxe edition exclusive to Target in the US featured another new track Kid Again on Christmas co-written with Wrabel.

The act formerly known as Lady Antebellum, country trio Lady A have released a deluxe edition of their 2012 Christmas album On This Winter's Night with four new songs. New single Christmas Through Your Eyes is inspired about seeing their own children react to the holiday season who were born since the original album was released.

While the digital edition of the album was released last year following the recording of a special Amazon Prime video broadcast, The Kacey Musgraves Christmas Show album gets a physical release on CD and vinyl for 2020. The 18-song collection features guest appearances from Troye Sivan, Lana Del Rey, Camila Cabello and Leon Bridges.

MORE: The Official Top 20 biggest Christmas albums of the century

Delta did a Beyoncé on November 13 and surprise-released a full album without prior notice, and it was a pleasant... no, present surprise! Only Santa Knows is Delta's first foray in the festivities and features a collaboration with Olivia Newton-John who Delta played in a 2018 TV miniseries. The collection features two new recordings and 11 cover versions.