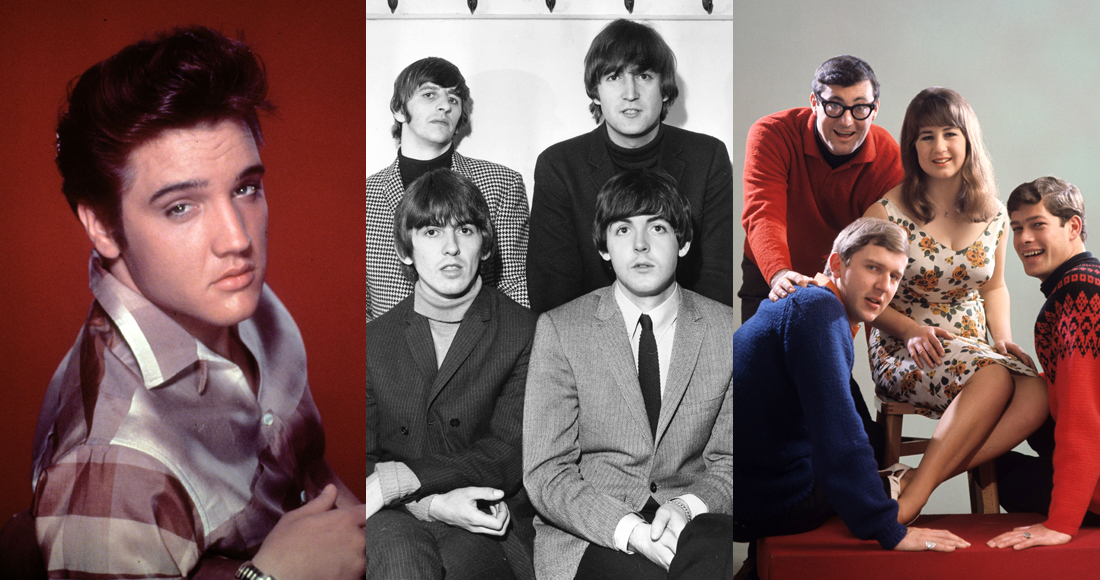 The 1960s saw the birth of many British music legends, kick-starting the British invasion in America with bands such as The Beatles, The Rolling Stones and The Animals.

The '60s also gave birth to the British blues scene and folk-rock, while acts including Eric Burdon, the Who, Cream and Pink Floyd were also adopting a more psychedelic sound towards the end of the decade.

The Beatles dominated the Official Chart in the '60s with their new wave of pop-rock. Their 1963 hit She Loves You was the biggest selling single of the decade, logging six weeks at Number 1 in its year of release in the UK. The song - the band's second chart-topper, is also one of the UK's bestselling singles of all time, with 1.89 million sales by the end of the '60s (1.92 million to date).

Look back at every Number 1 single in Official UK Chart history.

Six more Beatles singles feature in the Top 20 of the '60s, with I Want To Hold Your Hand, their follow-up release to She Loves You in 1963, in second with overall sales to date of 1.75 million. 1964's Can't Buy Me Love finishes in fourth (1.52m), while I Feel Fine is fifth (1.41m). All were Number 1 hits on the Official Singles Chart - look at The Beatles' complete Official Chart history here.

The late Ken Dodd, a comedian and all-round entertainer, had the third biggest single of the '60s - his first and only UK chart-topper Tears sold 1.52 million copies. See where all 18 of Ken Dodd's Top 40 his landed on the Official Chart here.

Elsewhere, balladeer Engelbert Humperdinck has two entries in the Top 20 of the '60s, with chart-toppers from 1967 Release Me (8) and The Last Waltz (11), Tom Jones features at 10 with 1966's Green Green Grass Of Home, and two of Cliff Richard's Number 1s, The Young Ones and The Next Time/Bachelor Boy, are at 14 and 16 respectively.